Auschwitz and a muddled own goal 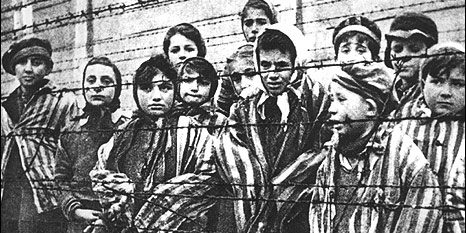 Some years ago, on a fact-finding trip to Munich, I visited the nearby site of the former Nazi concentration camp at Dachau.

It was an unsettling and disturbing experience, beyond being brought up against the horrors that had taken place there. For I found myself surrounded by coach parties of Japanese and other tourists eagerly photographing the camp sights — and even posing for snaps in front of the exhibits.

I thought about this queasy-making ‘Holocaust tourism’ when I read about last week’s visit to Auschwitz by seven members of the England football squad, ahead of their first match today in the Euro 2012 football championships being held jointly in Poland and Ukraine.

Of course, the fact that Poland was the epicentre of the industrialised Nazi killing machine, and had virtually its entire population of three million Polish Jews exterminated — not to mention the bestial part played by the Ukrainians in the Nazi genocide — is impossible to forget.

Many visit the Auschwitz extermination camp, where some 1.5 million Jews and others were murdered, as an educational experience to learn about the unimaginable events of the Holocaust.
Indeed, the England squad’s trip was organised by the Football Association jointly with the Holocaust Educational Trust.

The former Chelsea manager Avram Grant, 15 members of whose own family were murdered at Auschwitz, spoke emotionally of others coming to see it for themselves as result of the team’s example.

But the FA’s motives appeared rather less elevated when it allowed a number of journalists to accompany the players in order to pool reports of their reactions. Instantly, the trip turned from a private pilgrimage into a PR stunt intended to cleanse the besmirched reputation of English football.

Perhaps it would wipe out the previous images of spoiled players, wives and girlfriends indulging in drunken and unseemly behaviour.

And perhaps it would replace the impression of indifference to the squalor and poverty beyond their gilded cages that was created when the squad played in South Africa at the 2010 World Cup.

When the Dutch, German and Italian teams similarly piled into the Auschwitz trip, it seemed to be turning into a competition to show who was most caring and empathetic.

This is not to belittle the undoubted revulsion of the players, who reacted as any decent person would when confronted with the evidence of such unique evil.

Indeed, there were fears the trip might rebound, with the players unable to shake off their shock and horror at the images now imprinted on their minds.

Nevertheless, it is distasteful to turn Auschwitz of all places into this kind of media circus. What makes it even worse is that this trip, with its symbolic message that never again will Europeans descend to such barbaric racism, occurred in the same week that black players in the Holland squad were being subjected to monkey chants during a training session in Krakow, while the black Czech defender, Theodor Gebre Selassie, was abused during his side’s opening game with Russia in Wroclaw.

In eastern Europe today, such racism is a fact of life. Anti-Jewish chanting is not uncommon at matches in Poland. Neo-Nazi salutes and stylised swastikas are used by Polish and Ukrainian gangs.

Supporters of the Polish team Hutnik Warszawa have placed stickers in public places showing fans dressed in Ku Klux Klan outfits holding the club flag and standing around a tree with an image of a black man hanging on it.

Even the Foreign Office website now warns British football fans of Asian or Afro-Caribbean descent, or members of religious minorities, to take extra care if they attend the Euro 2012 matches.

Yet the football authorities have taken no effective action to end these abuses.

On the contrary, after Manchester City’s Italy striker, Mario Balotelli, said that if he is racially abused he will walk off the pitch, Michel Platini, the man in charge of Uefa, replied that any player would be punished if he did so.

Threatening to punish the victims of racial abuse while taking no steps to end it is nothing short of disgraceful.

And this egregious failure by the football authorities to protect black players from racist abuse makes it beyond ironic that these squads are visiting Auschwitz.

Such continuing racism at the geographical heart of the Holocaust, I’m afraid, also exposes the fact that, for all the exhibitions and memorials Europe has erected to the memory of the Nazis’ victims, it has still not properly come to terms with what took place.

Poland, indeed, has rewritten history by casting itself as a principal victim of the Nazis along with the Jews, and denies any complicity in their extermination.

Yet, although it is a fact that Poland was invaded by the Nazis, who imprisoned and killed many of its citizens, other Poles savagely assisted in atrocities against the Jews — and continued massacring them even after the end of the war.

More broadly, I would argue that Holocaust education has signally failed to prevent widespread anti-semitism in Europe — not least because of several countries’ continuing state of denial about their past complicity in such crimes.