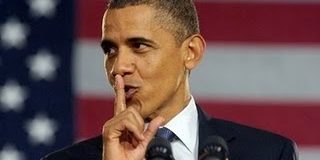 The leaks continue from the Obama administration with regard to Israeli defense secrets. On Sunday, the New Yorker printed a report stating that US had worked with the Iranian opposition group Mujahideen-e-Khalq (MEK). The US was apparently receiving intelligence from the group, including intercepted cell phone calls and text messages. But sources also confirmed that Mossad was helping to funnel resources and train members of the MEK. As Seymour Hersh writes:

arly last month NBC News quoted two senior Obama Administration officials as confirming that the attacks were carried out by M.E.K. units that were financed and trained by Mossad, the Israeli secret service. NBC further quoted the Administration officials as denying any American involvement in the M.E.K. activities. The former senior intelligence official I spoke with seconded the NBC report that the Israelis were working with the M.E.K., adding that the operations benefitted from American intelligence. He said that the targets were not “Einsteins”; “The goal is to affect Iranian psychology and morale,” he said, and to “demoralize the whole system—nuclear delivery vehicles, nuclear enrichment facilities, power plants.” Attacks have also been carried out on pipelines. He added that the operations are “primarily being done by M.E.K. through liaison with the Israelis, but the United States is now providing the intelligence.”

This leak is just the latest in a pattern of leaks from the Obama administration, which has already leaked information about a covert Israeli deal with Azerbaijan to use airbases in that country as a staging point for an attack on the Iranian nuclear facilities. In 2010, the Obama administration leaked information of a covert deal between Israel and Saudi Arabia to use Saudi airspace for such an attack.

The Obama administration is desperate to prevent any sort of aggressive Israeli action on Iran before the election. That’s because Obama knows it would put him between a rock and a hard place – his leftist base hates Israel, and yet the American people love Israel overall. Meanwhile, Obama recognizes that he’s going to have to go to OPEC and ask them to ratchet up production prior to election, and he will want to make promises about battering Israel in order to secure that ramped-up oil production. All in all, Obama would prefer to wait until after his re-election for any Israel-Iran blow-up, because at that point, he’ll have more “flexibility.”