Our own worst enemies 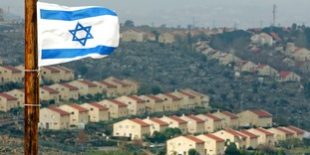 In recent weeks, archliberal Peter Beinhart has reignited the call to boycott products manufactured in communities located geographically in the “West Bank”, known to many supporters of Israel as Judea and Samaria. This Jewish liberal crusade to save Israel from itself is based on the premise that for Israel to survive as a democratic state, they, the American Jewish Liberal movement must boycott, sanction, and divest from  Judea and Samaria, or in Beinhart’ words, “nondemocratic Israel.” This liberal tendency of limitless capacity to express a myopic view of reality will never understand nor internalize one basic tenant; Jewish communities located in Judea and Samaria generate disproportionate criticism not because they inhabit in Beinhart’s words a “non-democratic Jewish state”, but rather because they live by and are perceived as the very opposite, they represent the very embodiment of a moral world, the modern day torch bearers of the Western Democratic principle.

For liberal Jews like Beinhart, the notion of the “occupation” has become the defining lens through which everything about Israel is explained and justified.  Yet when we take a really close look at what keeps the conflict between the Palestinian Arabs and Israel on a slow burner for so long, I invite them to imagine what would happen if the Palestinian Arabs had the military strength of Israel and Israel had the military strength of the Palestinian Arabs?  Do you think the Jews of Judea and Samaria would be subject to the occasional harassment at the Allenby border crossing, resource competition and military checkpoint?  Or do you suspect, and even know somewhere deep down, that the world would stand by, that Beinhart and his cohorts would remain silent as they did during the Holocaust and witness a terrible massacre? For this reason alone, Beinhart should be the first to acknowledge that despite this complex reality, this unrelenting Palestinian primal urge with murdering the Jews of what he labels “undemocratic Israel”, they the Jews respond with maintaining the highest level of a moral society, and that they, the Arabs living in Judea and Samaria enjoy more opportunities, human rights and freedoms than any other Arabs living in any other Arab nation in the Middle East.

In Peter Beinart’s just released book, “The Crisis of Zionism”, we learn from the very first page, why those Jews who hold on to the land,  cultivating and growing roots, educating their children to believe, that they live in the historical and biblical heartland of Israel tick him off. Beinart shares with his readers, courtesy of his grandmother who responds to her American grandson speaking highly of his new homeland in America, “Don’t get too attached she states, the Jews are like rats, we leave the sinking ship.” This is a curious and revealing, albeit unconscious concession on the part of Beinart. Throughout history Jews have wandered not out of choice, but out of necessity to survive. In the words of Rabbi David Wolpe, “Jews rarely abandoned a sinking ship, but they have repeatedly been thrown overboard.” This brings us back to Beinhart’s grandmother who evidently has instilled in her grandson the belief that Jews are to be blamed for a situation largely created and brought about due to the Arab rejection of Israel’s right to exist as the Jewish homeland. The idea of not running away and “abandoning ship,” standing your ground and refusing to become once again a “wandering Jew” is what motivates Beinhart to reject the “settlers” and what they represent.

Beinhart and like minded Jews are terrified of the prospect of having to be like all other nations, they insist on retaining their historical role of moral pureness, a light onto nations. This can never be fulfilled should they be held responsible coupled with repeated worldwide condemnation for not repairing the broken street light pole in an Arab street in Judea and Samaria.

Dividing Israel into good cop, bad cop; making the “settlers” an amalgamation of Dirty Harry and Death Wish so as to make Israel within the green line more palatable to young American Jews is avoiding the real issue at hand. The problem lies and here I can quote Beinart himself when he writes that young American Jews “are not especially connected to Israel because they are not especially connected to being Jewish”. Why do these young American Jews who Beinhart claims to represent find it so difficult to express unconditional support for Israel. Why do we find so little expression of unconditional support for Israel among them? Is it because they confuse supporting Israel with supporting official policy? That is, if they disagree with Israel’s policies, they find it difficult – even impossible – to express unconditional support for Israel? The bottom line lies somewhere in the dialectical relationship between Israel, the definitive homeland of the Jewish people and Jews opting out of choice to live elsewhere. Supporting Israel including the Jews beyond the green line is messy, complicated, and raises to many questions concerning Jewish identity and Jewish affiliation. Israel within the green line, the start-up nation, is a Jewish nation agreeable to the palate of young American Jews who would prefer to remain Jewish by association, nothing more.

I can assure Beinhart and his many supporters, and I think many in Israel would concur with me. Most Israeli’s inhabit not “democratic Israel” or “undemocratic Israel” but the vast landmass of “middle Israel”, the place where all Jews can live together providing our Arab neighbors maximum liberties and human rights; the rest is not BDS but BS.  Beinhart is welcome to participate in this endeavor. Or not.