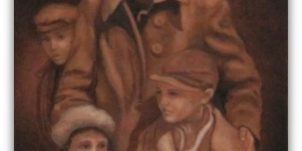 There is no hiding the fact that Jews throughout the world are under increasing threat from an unholy trinity of Islamic terrorists, neo-Nazis, and the radical Left. The horrific slaughter of a rabbi and three children at a Jewish school in Toulouse, France, shattered the Jewish community of some 20,000 in this southwestern French city.

The monster arrived on a motorcycle, shooting his victims as they arrived at the school, then calmly entered the premises, grabbed eight year old Miriam Monsonego by her hair and shot her in the head before escaping.

But do not delude yourselves into thinking this can’t happen in the United States. It did. A Muslim man entered the Jewish Federation building in Seattle, Washington, shot to death a woman employee while maiming several other women. It most certainly can happen here.

Iranian, Islamist and jihadi terror groups are trying to deter Israel from taking action against them by carrying out these outrages overseas, according to Gen. (res.) Nitzan Nuriel, who spoke to the Jerusalem Post. Indeed, Iranian attacks on Israeli and Jewish targets have been foiled in several international venues, among them Thailand, India, Tbilisi, Georgia, and Azerbaijan.

It is not difficult to imagine Iranian supported Islamists finding support and shelter within the Muslim banlieus that surround many French cities and in which hatred and contempt for non-Muslims, or what Muslims arrogantly call infidels, grows alarmingly. Thus the Muslim murderer’s inspiration comes from the endless hate against Israel and Jews spewed by Imams and the Islamic world’s media. Individual Muslims now take it upon themselves to commit atrocities in the name of Allah – something they have done since the 7th century.

Nuriel urged Israelis and Jews everywhere to take extra precautions and to be more vigilant in the face of the terror threat. “It makes no difference for the terrorist if the target is a representative of the Jewish Agency, an Israeli tourist or a local Jew,” he stated.

Indeed, everyone should refrain from posting pictures of trips they undertake on Facebook and other social media websites, since photographs can then be used by terrorists to track them, as well as to identify targets frequented by large numbers of Israelis and Jews.

Israeli Likud Knesset Member Danny Danon, first claimed that, “…The killer was identified by eyewitnesses as a Muslim, who was riding a motorbike and who shot two revolvers.” Two of the children who were murdered were the sons of the rabbi and teacher at the school. He too was gunned down.

MK Danon said, “… We will not allow the pogroms of the early 20th century to return to Europe. The attack on a Jewish school sets off a red light to all of the People of Israel. Every nation in the world must unite to prevent such atrocities against the Jewish People and act to eliminate terror and anti-Semitism that has been planted around the world.”

There were 389 reported acts of anti-Semitism in France last year, including attacks upon individual Jewish men, women and children, the firebombing of synagogues and the desecrations of graves, according to the French Jewish CRIF organization, practically all of them perpetrated by North African Muslims living in France. There may well have been many more incidents that were not reported for fear of reprisals and even worse outrages.

What should be done by every Jewish man and woman is to finally realize that self-defense is a vital necessity, now more than ever. In remembering the atrocity at the Jewish Federation building in Seattle, every Jewish adult in the United States should obtain a concealed weapons license and purchase a hand gun. Not to do so is to abrogate responsibility to protect each individual Jew, especially the children, and the entire Jewish community. Perhaps some who read this will take the message to heart and finally stop being led like lambs to the slaughter.

This will require a seismic shift in the general liberal attitude of most Jewish Americans. We know that, regrettably, the liberal Jewish and non-Jewish population in the U.S. is politically anti-gun and in general opposition to the Second Amendment; following as they do the general liberal and Democrat party line opposing gun ownership.

But it is the Jewish community worldwide which is now directly targeted, including within the U.S., and each member of his or her respective community owe it to themselves and their loved ones to be prepared for every eventuality and be able to defend themselves.

The police were not at the school in Toulouse when the monster arrived and carried out his murderous slaughter of Jewish children and a rabbi. What subsequently occurred in that place of horror might have been so very different if there had been adults armed and able to eliminate the terrorist.

But sadly the French government does not enjoy the blessings of our Second Amendment and remains hostile to its citizens possessing personal firearms for self-defense.

Family Security Matters Contributing Editor Victor Sharpe is a freelance writer and author of the trilogy: Politicide. The attempted murder of the Jewish state.