The complexities of an Iran-Israel war 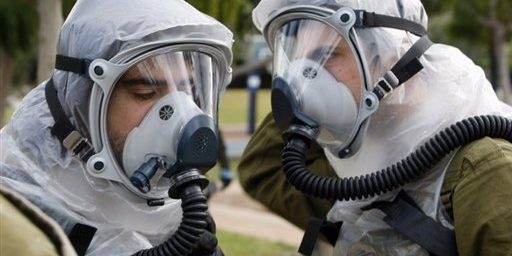 The war drums between Iran and Israel have been beating louder and louder, but both countries face tremendous hurdles that appear to be preventing the obvious. Iran, for example, may well have the warheads, but their missile technology is not yet advanced enough to deliver an accurate strike on Israel. Israel may have first strike capability, but it does not yet have the backing of world super powers to provide the much needed political, and quite possibly, military support.

British intelligence officials confirm that Iran conducted secret ballistic missile tests and public military maneuvers in June 2011. The inaction after these tests supports a widely held belief that Iran does not yet possess the rocket technology to reach Israel with any degree of real accuracy. Rather than risk hitting one of Israel’s neighbors, Iran’s leaders may believe it is better to bait Israel and/or the United States into making a first strike. Such an action would galvanize the whole of the Arab-Muslim world to stand with Iran.  It would also give Iranian President Ahmadinejad the perfect scenario to ignite a new and intense sense of Iranian nationalism.

When I read reports of Iran’s missile tests and their efforts to develop nuclear weapons, I think of a Biblical passage that reminds me of the current situation in the Middle East. In the book of Matthew, the Bible states, “for nation shall rise against nation, and kingdom against kingdom: and there shall be famines, and pestilences, and earthquakes, in diverse places” (KJV, Chapter 24:7).

Very similar to today’s global news headlines, this passage speaks of a time which the Bible identifies as, “the last days.” By all indications, the events in the Middle East seem to be setting the stage for the prophesied Gog-Magog war (Ezekiel 38-39), and also herald the time when the Biblically promised Messiah will fulfill the prophecies of Ezekiel and others.   We are living in a time whereby it seems that prophetically-inspired events are accelerating at a dizzying pace. Christians sense an urgency to serve as “shining lights” to the world through our speech and daily conduct.  In addition, we must obey God’s command to, “Pray for the peace of Jerusalem” and know that we will receive His promise that, “They shall prosper that love three.” Psalm 122:6 (KJV).