Sending a message to Iran 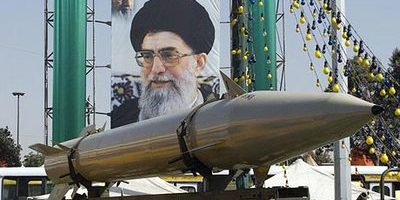 Of late, as the political debate in the United States and Europe has shifted to talk of the need for military action to stop Iran’s march toward the bomb, a funny thing has happened: the economic pressure being levied by the West has begun to have serious effect.

That is the resounding conclusion of a recent poll of Iranian opinion conducted by the Gallup organization. The survey of some 1,000 Iranians, carried out between December 2011 and January 2012, found that—as a result of UN, U.S. and European sanctions—nearly half of all respondents over the past year have at times lacked adequate money for food and/or shelter. Moreover, a majority (65 percent) expressed concern that new sanctions recently passed by the U.S. and EU will have a direct impact on their lives (with more than a quarter believing they would hurt “a great deal”).

They have good reason to be worried. In recent weeks, the Iranian rial has plummeted, forcing Iranian authorities to threaten speculators in a desperate bid to stabilize the devaluating currency. Iran also is beginning to have difficulties paying its foreign suppliers; for example, it recently defaulted on payments to India for shipments of rice, a commodity it previously purchased without difficulty. Iran’s imports of goods such as palm oil, tea and wheat are all experiencing similar disruptions. In response, the Iranian regime has increasingly turned toward barter, offering commodities such as gold and oil in lieu of payment for its foreign debts. The problems have gotten so severe that Iran’s firebrand president, Mahmoud Ahmadinejad, has been summoned before the country’s parliament in recent days to account for his government’s economic mismanagement. Sanctions, in other words, are at long last truly beginning to bite.

But to what end? Over the past several years, policymakers in Washington and European capitals have devoted considerable time to crafting a broad spectrum of economic sanctions against Iran. But they have spent comparatively little of it thinking about how the Iranian people themselves can help amplify that pressure. As a result, Western strategy toward Iran has proceeded largely divorced from the strategic communication component so critical to its success. Such an approach, if undertaken in earnest, would focus on exposing the reasons behind escalating international sanctions; on stimulating a debate among the Iranian people about the potential costs of their government’s nuclear ambitions; and on communicating to them what, exactly, they need to do in order to make the economic pressure stop.

Iran is a target-rich environment for just this kind of strategic messaging. Domestically, the country is already in deep economic doldrums. Inflation is soaring (now officially at 15.2 percent, and rising). So are food prices; the cost of staple goods such as bread and meat has tripled since December, surging beyond the reach of many ordinary Iranians. Poverty is also rampant, with fifty or more percent of the country’s urban population now estimated to live below the poverty line. Expanding U.S. and European sanctions are now poised to make this sorry state of affairs sorrier still—and make the Iranian population at large receptive to the notion that the nuclear ambitions of their government are an economic and political liability.

So far, however, the United States and its allies haven’t bothered to send that message. And because they haven’t, Washington and European capitals run the risk of squandering a signal strategic opportunity. Without a potent countervailing message, Iran’s leaders are sure to cast the current economic hardships being experienced by ordinary Iranians as a product of overbearing Western pressure—and their population’s resistance to them as a sign of patriotism. Worse still, without a clear, consistent explanation of the intent behind Western sanctions, the measures being undertaken by the U.S. and Europe could easily generate a “rally around the flag” effect that strengthens—rather than weakens—the current regime in Tehran. That outcome would be the opposite of the “disunifying” effect that Western powers hope sanctions will have. And it would rob the United States and its allies of their most potent weapon in the international efforts to defuse the threat of a nuclear-armed Islamic Republic: the Iranian people themselves.