America’s red lines in the sand on Iran 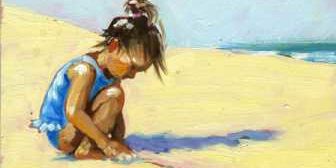 There are three red lines when it comes to Iran’s nuclear program. The first is the moment when Iran tunnels so deeply underground that Israeli bombs will be incapable of doing real damage. The second is when the tunneling goes even deeper, and the United States’ “bunker buster” bombs will be insufficient. And the third — well, that has already passed. It is the conviction that the current Iranian regime will never let Israel live in peace.

That third red line is of utmost importance. It explains why Israel is more likely than not to strike Iran, even if it triggers a conflagration that involves U.S. as well as Israeli targets — and shoots the price of oil through the ceiling. That last may cause even steadfast supporters of Israel to wonder if a little Jewish state is worth $15-a-gallon gas. For Israel, that’s a small price to pay.

The fact is that the Iranian regime is doubly unstable. It faces considerable domestic opposition, but it also can be astonishingly violent. In addition to the attempt on the life of the Saudi ambassador to Washington, Iran had its own former prime minister stabbed to death in a Paris hotel room, allegedly was behind the bombing of a Buenos Aires Jewish center (85 dead) and is blamed for the bombing of Khobar Towers in Saudi Arabia in which 19 U.S. airmen were killed. This is a dangerous regime.

The Obama administration operates as if these incidents are departures from the norm. The Israelis see them as the norm — and more to come. President Obama wants the Iranian regime to turn its nuclear sword into a plowshare. The Israelis would welcome such a development, but they would not trust it. The regime they know will, sooner or later, revert to its nuclear weapons program. It’s in its DNA.

In his State of the Union address, Obama was pretty clear about U.S. intentions: “Let there be no doubt: America is determined to prevent Iran from getting a nuclear weapon, and I will take no options off the table to achieve that goal.” The next sentence had a different, more forgiving, tone: “But a peaceful resolution of this issue is still possible, and far better, and if Iran changes course and meets its obligations, it can rejoin the community of nations.”

This — the vaunted carrot — is startlingly naive. Where is the evidence to suggest that the men who now run Iran will slap their foreheads, say zowie (in Farsi) and conclude that they were wrong to pursue a nuclear weapons program? More likely, they will conclude that North Korea survives because it defied the United States and continued to develop nuclear weapons. And Iran will further conclude that if it had had a nuke in 1980, Saddam Hussein would never have invaded — leading to a war that lasted eight years and cost Iran as many as 1 million lives. Israelis are not the only ones who say, “Never again.”

The Obama administration announced the Iranian attempt on a Saudi diplomat in Washington — and then did nothing about it. Washington seems neither angry nor the least bit annoyed. This is a serious miscalculation — reasonableness gone amok. The lesson for Iran is stall and prevaricate, because Washington lacks the stomach to be ugly. In the view of the Saudis, it even abandoned Egyptian President Hosni Mubarak, a dictator but more pro-American than the authoritarian regime that’s likely going to replace him.

The real danger for Israel and the Middle East in general is not an Iranian nuclear attack on Israel — although the use of a proxy to do something like that cannot be ruled out. (How to retaliate against a terrorist organization?) Instead, the danger is that Israel will lose its nuclear monopoly, and Iran can loose Hezbollah (50,000 or so rockets) from the north and Hamas (even more rockets) from the south on Israel. A nuclear Iran would probably mean a nuclear Turkey, Egypt and Saudi Arabia as well. An increasingly unstable Middle East would become even more so. There’s no sleep here for anyone.

The ultimate remedy is Iranian regime change. This is not as improbable as it sounds. The Tehran regime is hardly popular and will become even less so as economic sanctions bite even harder. In the meantime, Obama must ensure that Iran perceives no daylight between the United States and Israel, and no chance that Washington will become naive about Iran’s intentions. This looming crisis is not only about Israel. It’s about America, too. There are more red lines coming.