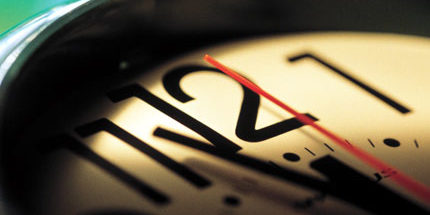 Israeli officials are quietly conceding that new international sanctions targeting Iran’s suspect nuclear program, while welcome, are further constraining Israel’s ability to take military action – just as a window of opportunity is closing because Tehran is moving more of its installations underground.

The officials said that Israel must act by the summer if it wants to effectively attack Iran’s program.

A key question in the debate is how much damage Israel, or anyone else, can inflict, and whether it would be worth the risk of a possible counterstrike.

Israel has been a leading voice in the international calls to curb Iran’s nuclear program. Like the West, it believes the Iranians are moving toward nuclear weapons capability – a charge Tehran denies.

Israel contends a nuclear-armed Iran would threaten its survival. It also fears an Iranian bomb would touch off a nuclear arms race in a region still largely hostile to Israel.

Israeli leaders say they prefer a diplomatic solution. But – skeptical of international resolve – Israel refuses to rule out the use of force, saying frequently that “all options are on the table.”

Is time running out?

After calling for tougher sanctions against Iran at the World Economic Forum in Davos, Defense Minister Ehud Barak said Friday: “We must not waste time on this matter; the Iranians continue to advance (toward nuclear weapons), identifying every crack and squeezing through. Time is urgently running out.”

Key Israeli defense officials believe that the time to strike, if such a decision is made, would have to be by the middle of this year.

Complicating the task is the assessment that Iran is stepping up efforts to move its work on enriching uranium deep underground.

Several officials at the heart of the decision-making structure, speaking on condition of anonymity because they were discussing some of Israel’s deepest secrets, said they feel compelled to give the sanctions time.

In this way, somewhat paradoxically, the new economic sanctions the US and Europe are imposing – while meeting a repeated Israeli request – have emerged as an obstacle to military action.

An Israeli strike would risk shattering the US-led diplomatic front that has imposed four additional rounds of sanctions on Iran and jolt the shaky world economy by causing oil prices to spike. Still, the officials said that if Israel feels no alternative but to take military action, it will do so.

The US has sold Israel dozens of 100 GBU-28 laser-guided “bunker-buster” bombs. The 2.5-ton bombs are capable of penetrating more than 20 feet of solid concrete.

It’s not clear how much damage the bunker-busters could actually do. Iran’s main enrichment site at Natanz is believed to be about 25 feet (6 meters) underground and protected by two concrete walls.

Many believe that in the event of a strike, Iran would likely unleash its large arsenal of missiles capable of striking Israel.

Iran’s local proxies, Hezbollah to Israel’s north and Hamas to the south, possess tens of thousands of short-range rockets and missiles. American soldiers in the Persian Gulf might come under fire. Islamist backers of Iran could target civilians all over the world.

The prospect of a new conflagration in the Mideast is one reason cited by some influential Israeli figures, like recently retired spy chief Meir Dagan, when arguing against an Israeli military attack.

Perhaps the biggest factor in the Israeli thinking is how much damage an airstrike could even cause.

“What will tip the scales in favor or against an attack is whether we will really be able to do inflict serious damage,” said Yiftah Shapir, an expert in nuclear arms proliferation at Tel Aviv University. “That will be more important than whether we are ready to absorb (the casualties) of an attack.”

Israeli officials believe the Iranian nuclear program is so far advanced that any attack would delay it by two to three years at best, but not destroy it.

“It’s a very advanced program with many facilities, some very large and some very fortified. To destroy them you need a series of massive assaults for two to three weeks, a month, something like that,” Shapir said.

A one-time surgical strike, the most likely attack by Israel, “can’t do more than politically declare that we aren’t willing to tolerate” a nuclear Iran, Shapir said.

That has raised speculation that Israel’s veiled threats are no more than attempts to get Iran to back down.