Iran: We'll bring the war to Israel and 'beyond' 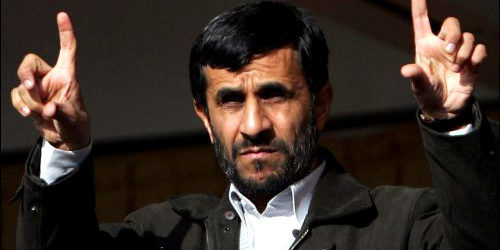 Iran is preparing its own answers to the string of assassinations of Iranian scientists, a web site identified with President Mahmud Ahmadinejad said Thursday – and those responsible had better start staying awake nights, a senior Iranian official was quoted as saying. Naming Israel specifically, the Rajah News website said that Israel wasn’t the only country that could undertake long-distance proxy wars. “We too can send our agents to kill people in their sleep,” the site quoted the unnamed official as saying.

“None of those responsible will escape, none of them should feel safe,” the official told the website. “We will take the war beyond the borders of Iran, and beyond the borders of the region.” Israeli commentators said that the statement was an implied threat that Iran could target American Jews in response to what it perceives is a covert war by Israel to halt Iran’s nuclear program. Several months ago, the FBI announced the arrest of a terror gang connected to Iran that had planned to attack synagogues in the U.S., and to blow up the Saudi embassy in Washington.

An Israeli official quoted in the New York Times, while not confirming that Israel was behind the recent string of assassinations of Iranian scientists – including Mostafa Ahmadi Roshan, killed Wednesday in Tehran – said that the assassinations were likely part of a “cold war” against Iran. “I think the cocktail of diplomacy, of sanctions, of covert activity might bring us something. I think it’s the right policy while we still have time,” the official said.

The U.S., meanwhile, successfully convinced Japan to cut its oil imports from Iran, as part of the mounting worldwide boycott of Iranian oil. After a meeting with visiting U.S. Treasury Secretary Timothy Geithner, Japanese officials promised to cut imports of Iranian oil. Japan is one of Iran’s biggest customers.