Mythomaniacs and the Arab-Israel Conflict 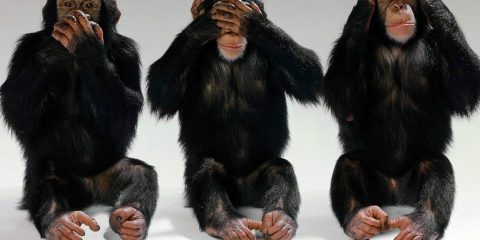 An excited crowd of 5,000 Christian Zionists attending the Feast of Tabernacles in Jerusalem leaped to their feet with thunderous applause when Prime Minister Benjamin Netanyahu asked them to join Israel in their historic struggle to present the true story of Israel and the Arab world. Israel has certainly been losing the battle for truth to Arab propaganda that is expert in turning Arab fantasies into facts and Israeli facts into fantasies.

A once proud Israel has become weakened by Arab propaganda, internal dissension and, in desperate longings for peace, a willingness to appease their enemies. Britain followedthe same policy of trying to bring peace to the Middle East by appeasing intimidation and terror. From the wisdom of someone who knows, Winston Churchill would caution us that acts of appeasement today will have to be remedied at far greater cost and remorse tomorrow.

American citizens, both Jews and Christians, need to enlist as soldiers in the battle for truth regarding the Arab-Israeli conflict. This conflict is spiritual in nature, and the final outcome is clear. The God of the Bible made an everlasting covenant with the Jewish people, and He is a faithful covenant-keeping God (Genesis 17). Yet, a famous passage in the Bible says to “pray for Jerusalem” (Psalm 122:6).

Christian and Jewish supporters of Israel are not anti-Arab. The battle for truth is not against the Arab people. God loves all people the same, but He has different plans and purposes for different people groups. The root cause of the conflict in the Middle East is due to the fact that radical Islamic Arab leaders are seeking to establish and extend themselves beyond the limits God has set for them and in opposition to the One True God.

The Book and the Land

David Ben-Gurion expressed the motivation and expectation for joining this battle for truth in his statement on November 29, 1947 regarding the United Nations partition of Palestine. He said, “I know that God promised all of Palestine to the children of Israel.  I do not know what borders He set. I believe they are wider than the ones proposed. If God will keep His promise in His own time, our business as poor humans who live in a difficult age is to save as much as we can of the remnants of Israel.”

British military officer Captain Orde Wingate played an important role in the establishment of the state of Israel. When asked by his Jewish friends why he supported them, he said, “There is only one important book on the subject, the Bible, and I have read it thoroughly. This is the cause of your survival. I count it as my privilege to help you fight your battle. To that purpose I want to devote my life … I shall fight with you against any of these influences. But remember that it is your battle. My part, which I say I feel to be a privilege, is only to help you.”

As “people of the Book,” Jews and Christians must look to the Bible as the standard of truth regarding this conflict. And the Bible clearly promises the land to the Jewish people with Jerusalem as their eternal and undivided capital. If one reads the Bible for the plain sense of its meaning, there is no way to misunderstand what it says. We can be confident that the God of Abraham, Isaac, and Jacob will keep His promise in His own time and way to save the remnant of Israel. Until then, Jews and Christians must join the army of
the battle for truth.

Joseph Goebbels, Nazi Minister of Propaganda and Information, said that a big lie that is told often enough and long enough will eventually be accepted as truth. With cooperation from the world’s media, coupled with ignorance, apathy, and anti-Semitism among the nations, Israel is being presented as a giant Goliath killing little David Palestinians who are only armed with stones. No wonder they feel compelled to blow themselves up.

We are told there would be peace in the Middle East if only Goliath Israel would agree to little David’s demand for a Palestinian state with Jerusalem as its capital. This is one of the many lies constantly repeated to the uninformed West. The purpose of this series of articles is to expose some of the myths regarding the Arab-Israeli conflict.

The dictionary defines a myth as a person or thing existing only in imagination. Myths are arbitrary, fictitious inventions. In other words, they are “made up” by people for their own purposes. Webster also defines people who are expert at inventing myths. He calls them “mythomanics.” A mythomaniac is a person with abnormal propensity for lying and exaggerating.

There must be out there somewhere a Myth University (MU) that teaches the art of mythmaking. We know this because the mythomaniacs are so good at making, or shall we say, making up, their stories.

It should be obvious that some MU graduates work for Myth News Network (MNN). MNN hires energetic, young MU graduates and quickly turns them into professional mythomaniacs. They are expert at turning Israeli facts into Arab myths and Arab myths into facts. In this brief article I want to mention 10 of the most common Arab myths promoted by the mythomaniacs at MNN.

1. The “Palestinian people” have an historic connection to the land.

This is very interesting since there is no such thing as a “Palestinian people.” When the Romans changed the name of Israel to Palestine, the people living there at the time were Jews, not Arabs. If there had been a Palestinian people, which there never was, it would have been Jews.

2. The Palestinian people have been in the land from time immemorial.

For centuries pre-Israel Palestine was a forgotten, desolate wasteland inhabited by a remnant of Jews, along with some Christians and wandering Bedouins who certainly had no thought of a national identity of any kind.

3. There were no Jews in Palestine until Israel became a state in 1948.

The Romans officially banished the Jews from Israel (Palestine) in 135 CE. However, historical records show there was always a Jewish presence in the land. While many were scattered, other Jews simply moved out of “harm’s way” until a less hostile power ruled the land.

4. Arabs and Jews lived in harmony before Israel became a state.

The ancestors of most of the present-day Arab population migrated to the land after Jewish pioneers began to reclaim the land. They came from many different countries and were not original inhabitants of the land.

The Jews returning to the land settled on unclaimed, unoccupied land or bought land from absentee Arab landowners at outrageously high prices.

When Israel was declared a state in 1948, leaders from the surrounding Arab countries declared war on Israel and instructed the Arabs living in the land to flee until the Jews were annihilated. Israeli leaders, to no avail, urged the Arabs to stay.

If Arab countries would assimilate and care for the “Palestinian” refugees, as Israel did for their Jewish refugees, there would be no refugee problem. Instead they use them as political pawns in their struggle against Israel.

9. Israel is the aggressor against defenseless Palestinians.

In its brief history, Israel has had one war after another and each time they are blamed as the aggressor. The Arabs do not recognize the right of Israel to exist and are in a constant state of hostility against Israel. Their only aim is to destroy Israel.

10. Jerusalem is holy to Muslims

While Jerusalem is mentioned over eight hundred times in the Bible, it is not mentioned one time in the Koran. Muhammed never went to Jerusalem. He died in Arabia in 632 of the Common Era. The Dome of the Rock was not built until 692 and the Al-Aqsa Mosque in 712. Muslims have had little or no interest in Jerusalem until the Jewish presence in modern times.