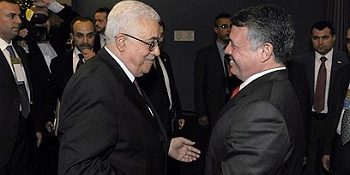 In recent days we were told about the expected departure of Dennis Ross, President Barack Obama’s senior advisor on Mideastern affairs. Ross’ retirement, which will follow George Mitchell’s resignation from his role as Mideast envoy in May, creates an opportunity to change direction.

Dennis Ross was Bill Clinton’s senior aide and accompanied the resounding failure of the Oslo Accords, the Wye Plantation memorandum the first Netanyahu government, and the Camp-David fiasco during Ehud Barak’s premiership that led to the second Intifada and the murder of more than 1,000 Israelis.

Ross was also among the architects of the American policy promoted by Israel’s Left; this policy dominated Israel’s diplomacy and led us to the bleeding dead-end we’ve been facing for long years now.

The policy led by Dennis Ross constituted an artificial creation of a “moderate axis” in the face of the “axis of evil.” These diplomats, with the messianic assistance of Shimon Peres, produced a “New Middle East” with mere words and fueled it with billions of dollars to Mubarak’s Egypt, Tunisia, Saudi Arabia and Jordan – and most importantly, to Arafat’s and Abbas’ Palestinians.

As it turned out there is no Islamic moderation whatsoever and there is no difference between the hatred for Israel among these peoples and the hate in Syria, Lebanon and Iran, which remained in the “axis of evil.” The only difference was the extent to which the tyrants were willing to bend the will of their people in order to stay in power with the help of American money.

The “Arab Winter,” which Western media took such great pleasure in – referring to it as the “Arab Spring” based on an utter lack of understanding of the Islamic, Arabic and tribal world around us – only made it clear (to those who needed such clarification) that there is no such thing as moderate states and an axis of evil.

Dictators may appear moderate in order to receive US money, yet the peoples do not change their worldview as result of signing a piece of paper. These pieces of paper are worthless in their view and they have no moral inhabitation in casting them aside the moment it becomes worthwhile to do so.

Jordan’s King Abdullah has a good grasp of the issue. He openly talks about the death of the two-state notion, claiming that Israel wishes to topple his regime and establish the Palestinian state in Jordan.

Indeed, the only beneficiary of the foolish notion of two states is the king who sits in Amman and through his Bedouin army controls a state whose population is 75% Palestinian. He knows well that he is next in line, after the dictator who sits in a cage in Egypt, Gaddafi’s lynching, and the other tyrants disappearing or slowly being replaced in our region.

And what about the “Arab Spring” which Dennis Ross and his partners dreamed of? This worldview went bankrupt and only our very own Shimon Peres continues to dream. The notion of two states, which was premised on the “moderate states” and which the Palestinians attempted to force upon us in September via the UN, has died – although no death certificate had been signed yet.

The time is ripe now to change direction. Sovereignty and security shall remain in Israel’s hands, and another state will not be established between the Jordan River and Mediterranean Sea. The solution is found in self-management of Palestinian life. The real Palestinian state shall be established in Jordan, and Judea and Samaria Arabs will be its citizens in the future.