Broadway theater or a serious effort 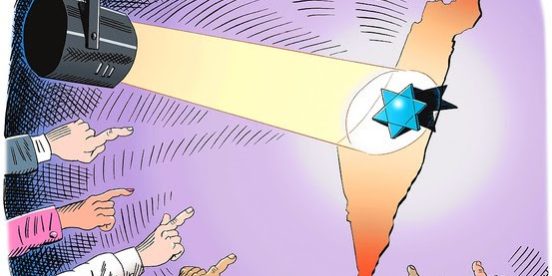 The Palestinian Authority (“P.A.”) is proceeding full steam ahead to create “facts on the ground” in the Middle East by working the Manhattan corridors of the United Nations. This is neither the first time, nor undoubtedly the last, that Palestinian leaders have succumbed to the delusion that Middle Eastern reality can be changed by irrelevant U.N. activity.

The tactical ploys and counter-ploys are now flying around the U.N. compound. In the midst of all of the conflicting news reports we will see and hear, keep in mind one thing: this is more Broadway theater than a serious effort to achieve Middle East peace.

The odds of “Palestine” becoming a U.N. member are essentially zero. Although President Obama may once have toyed with not vetoing a PA move for membership (thus, ironically, encouraging the chaos now unfolding at Turtle Bay), he has rejected this counterproductive idea. Washington will veto, period.

Possibly, the P.A. bid may not even obtain the majority of nine (out of fifteen) Security Council votes it needs under the U.N. Charter, thus meaning that, technically, Washington’s “no” vote would not actually be a “veto.”

Accordingly, I think it unlikely that the P.A. will go to the Council. Although in the U.N. Twilight Zone, defeat is often spun as a moral victory, any more such “victories” for the P.A. could mean its complete collapse.

Most likely, therefore, the P.A. will seek a U.N. General Assembly vote, perhaps recognizing the P.A.’s “statehood,” or perhaps changing its U.N. status from “observer organization” to “observer state.” Given the General Assembly’s political layout, any such resolution, no matter how worded, will pass overwhelmingly.

But what exactly will that mean? Many in Israel and America are panicked at the prospect of “Palestine” being declared a “state,” even if merely an “observer.” Israel officials will be hauled before the International Criminal Court (“ICC”) for prosecution, they say, “Palestine” will suddenly assume control over its air space and waters adjacent to Gaza, they say, impairing Israel’s self-defense. And on and on and on, they say.

This is all nonsense. The only practical result of the General Assemble declaring “Palestine” a state will be to move its chair on the side of the Assembly hall a few feet from its present location to be next to the Vatican, the only other “observer state.” This is nothing to get excited about.

But what of the hysterical concerns so many express, typically to insist that Israel should offer concessions to the P.A. to forestall any U.N. vote? In fact, General Assembly resolutions are not binding on anyone other than itself. It could declare Disneyland an observer state, and treat it accordingly, but no one else need do so.

If the ICC were to interpret a General Assembly resolution as permitting “Palestine” to become a party to the ICC’s founding treaty, the Rome Statute, it would be making a political decision not a legal decision, and one clearly beyond its authority.

Such an irresponsible ICC action would transform the currently dim chances of America ever joining into an absolute certainty. U.S. opposition to the ICC is already strong, and targeting Israel would lock in our opposition as far into the future as predictive powers allow. Any other U.N. agency making the same decision would risk grave damage, including possibly losing U.S. funding. Bring it on.

The PA’s ill-advised U.N. stratagem will not improve the chances for Middle East peace, it will not truly enhance the PA’s status, and it will not improve living conditions for average Palestinians. This entire episode is fantasy, and should be so regarded, whatever happens on First Avenue.

Former U.N. Ambassador John Bolton, is a Fox News contributor and a senior fellow at the American Enterprise Institute, is the author of “Surrender Is Not an Option: Defending America at the United Nations” (Simon & Schuster, 2007).