The Egypt factor in Gaza 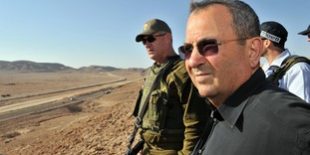 One of the main reasons that Israel appeared to be shying away on Sunday from significantly escalating its military response to the continued rocket fire from the Gaza Strip and launching Operation Cast Lead II was the absence of diplomatic support in Egypt for such an operation.

The understanding in Israel that the relationship with Egypt has changed was internalized immediately after Hosni Mubarak’s regime collapsed in February.

As the calls though grew in Egypt in recent months for a future government to reevaluate peace with Israel, there is a different understanding – that a large-scale operation in Gaza could contribute to that becoming a reality.

With that in mind – as well as Israel’s continued standoff with Turkey – the government prefers to postpone a larger conflict with Hamas to another day. This stems mainly from an understanding that in the absence of an operation aimed at reconquering the Gaza Strip and reestablishing an Israeli presence there, the most Israel can hope for is the boosting of its deterrence and the establishment of quiet for an unknown period of time.

Looking at Operation Cast Lead as the paradigm, Israel enjoyed just about two years of quiet on the Gaza front until earlier this year when things started to heat up again. The destruction in Gaza during Cast Lead combined with the damage to Hamas and its infrastructure forced the terrorist group to invest in its rehabilitation at the cost of neglecting its main declared objective – Israel’s destruction – temporarily.

The hope in Israel is that the three days of air strikes and the deaths of close to 20 terrorists including the leadership of the Popular Resistance Committees (PRC) – the terror group which Israel blamed for the attacks near Eilat last Thursday – will be enough to gain a new period of quiet.

It might not amount to two years but the question ultimately comes down to whether a larger operation that would be costly for Israel diplomatically particularly ahead of the Palestinian Authority’s unilateral declaration of statehood at the United Nations next month, would be more profitable from a deterrence perspective.

There is obviously no clear answer, though some defense officials refer to the Second Lebanon War, which ended over five years ago and continues today to preserve quiet along Israel’s northern border. The main difference is that this thinking ignores the transformation Hezbollah has undergone in the years since the war and how politicized it has become, which today likely serves as the main cause of its restraint.

While it is the de facto ruler of the Gaza Strip, Hamas, on the other hand, is being left on the sidelines when it comes to the PA’s plans to declare statehood at the UN General Assembly on September 20, is ignored by the international community and is still isolated in the Gaza Strip.

If the ceasefire that was in the works on Sunday night goes into effect and holds, Israel will still have to explain what it exactly did to boost the country’s deterrence. With over 150 rocket attacks, one person killed and dozens wounded, it will be difficult to explain. While there were some air strikes against targets in Gaza, from a public perspective they were not effective since the rocket attacks from Gaza continue.

For that reason, probably in an attempt to create something of a victory image, the IDF on Sunday released a list of 12 senior terrorists which it said it has killed since Thursday accompanied by pictures from various Palestinian websites.

There was nothing particularly new about the list, but it was a clear break from Israeli policy during Cast Lead in 2009 when the IDF Spokesman’s Office refrained from identifying the Palestinians killed even when the country was coming under major international criticism and was being accused of perpetrating war crimes.

Journeying back to where it all started: Revisiting the Egyptian Exodus
April 13, 2022
Palestinians rally in Ramallah and Gaza to support escaped prisoners
September 8, 2021
Lapid talks Gaza hostages with Egyptian FM
July 11, 2021
Is Egypt planning to retake control of the Gaza Strip?
June 11, 2021
Netanyahu determined to continue Gaza operation despite pressure from Biden
May 20, 2021
Egypt proposes ceasefire beginning Thursday morning
May 19, 2021