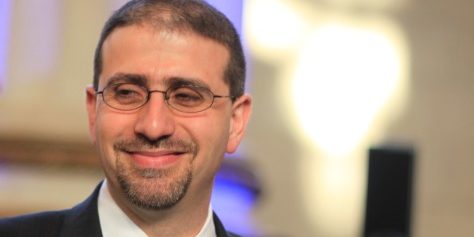 Dan Shapiro, the new U.S. Ambassador to Israel, said Wednesday that the Palestinians know approaching the United Nations will not change reality, according to a report by Israel Radio.

Shapiro, who is also a former adviser to U.S. President Barak Obama, said in the interview that the Palestinians’ bid for UN recognition in September will not change reality, and that the Israeli-Palestinian conflict can only be solved via negotiations.

He also said the U.S. government will continue striving to find a formula to renew peace talks between Israel and the Palestinians.

In addition, the U.S. envoy said Obama and Prime Minister Benjamin Netanyahu have strong working ties and share a trust in one another, according to the Channel Two report.

Shapiro also referred to ousted Egyptian President Hosni Mubarak, who faced his first day of trial Wednesday, saying the ex-president made an important contribution to peace over many years for the public of the Middle East, but that the Egyptian people are now the ones who will determine his fate and the United States will not interfere with that process.

Earlier Wednesday, President Shimon Peres met Shapiro at a ceremony in which he accepted the U.S. envoy’s credentials.

“We all read the newspapers and I want to take advantage of this opportunity to express my appreciation to President Obama and say in a clear voice – President Obama is a friend of the Jewish people and the state of Israel and there is no doubt in this matter,” said Peres.

After the ceremony, Peres and Shapiro held discussions on diplomatic matters, including the Palestinian effort to attain recognition of statehood at the United Nations in September. Peres said that such a declaration would be a mistake.

“An empty statement will produce only an illusion, cause damages to both sides and won’t provide an answer to the basic issues standing before us, including terrorism, weapons smuggling and Iran’s attempts to develop a nuclear bomb.”

Peres called for direct negotiations with the Palestinians to bring an end to the conflict.

“A clear majority of both peoples desire peace,” he said. “I know that the gaps can be bridged and therefore we cannot give up and we must work diligently to renew the peace process.”