How to not have a Palestinian state 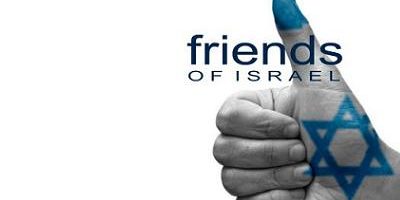 BY MEMBERS OF THE FRIENDS OF ISRAEL INITIATIVE—

The unilateral declaration of a Palestinian state, and its international recognition, would be a huge mistake.

A peace agreement between Israelis and Palestinians is essential, but can be achieved only through honest negotiations – not by one party imposing a unilateral decision.

Over the past two years, the Palestinian Authority has refused to sit at the negotiating table with the Israeli government, hiding behind the excuse of construction work on a few West Bank settlements. At the same time, it has been negotiating the creation of a national unity government with Hamas – a terrorist group whose stated aim is the elimination of Israel. A Palestinian “government” of a unilaterally established, self-declared “Palestinian state” in which Hamas is a member will make negotiations, to say nothing of a peace agreement, impossible.

US President Barack H. Obama has recently advocated a return to talks based on the pre-1967 lines with mutual landswaps.

But even those lines, as delineated in the 1949 Armistice Agreements, were subject to negotiations in accordance with UN Security Council Resolutions 242 and 338, which both sides agreed at the time would form the basis for a future peace agreement. Any future border, according to these resolutions, must be the outcome of a negotiated agreement.

The unilateral declaration of Palestinian statehood is also a clumsily concealed delegitimization device. Serious Palestinians know very well that they do not meet the internal and external requirements to become a viable state, much less a new UN member with all its attendant obligations.

Their objective is different; the unilateral declaration is in reality simply another tactic in a broader strategy of embarrassing and then delegitimizing the State of Israel.

There is no historical, institutional or legal basis for recognizing a Palestinian state today, except as a kind of “virtual state” which exists in the imaginations of various parties but which has no tether to reality. In the West Bank, Palestinians depend on Israeli cooperation to function. Other modern aspects of statehood, such as respect for human rights, freedom and a functioning democracy – all of which are required of other countries seeking recognition – are sadly lacking in the Palestinian case. Indeed, this rush to a unilateral declaration of statehood, including the intra-Palestinian negotiations with Hamas, is impeding the formation of civil society in the West Bank, which has made progress in recent years and which is essential to any enduring peace.

A declaration of Palestinian statehood by the UN General Assembly will only make it even more difficult to find a solution.

Unilateral action will have unforeseeable consequences; the only true way forward is through a bilateral agreement.

This is not the time for destructive gestures: it is time to encourage everyone to sit down and negotiate face to face, with no preconditions other than mutual and unequivocal recognition.

The government in Jerusalem has said on numerous occasions that it is ready to talk. Now is the moment of truth for the Palestinians. They must choose negotiations, with all that such negotiations entail, including concessions by both parties.

The alternative is for representatives of the Palestinian people to continue demonizing their only possible negotiating partner while expecting the international community to tilt the scales in their favor. But blackmail will lead to disaster.

Negotiations must be conducted in good faith, not as a means of exerting international pressure.

It’s time for the international community, starting with the UN, to say the time for game-playing and wishful thinking is past.

Serious negotiations can only be conducted by the Israelis and Palestinians themselves, no matter how much help or goodwill is provided from the outside. A unilaterally declared Palestinian state which is not the product of a bilateral negotiation is a demand that Israel accept the unacceptable.

Diplomacy demands, above all, negotiation and agreement, not unilateral demands imposed with contempt.