Israel first to set up field hospital in Japan 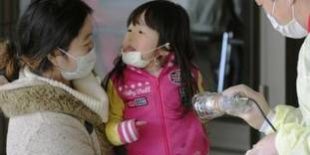 A field hospital Israel is establishing in Japan is the first to be set up by any of the nations offering outside assistance, Israel’s ambassador to Japan, Nissim Ben Shitrit, said Monday, adding that the Japanese were extremely appreciative.

Ben Shitrit said the hospital was being established at Minamisanriko, a fishing city some 500 km. north of Tokyo that was utterly overwhelmed by the quake and tsunami, and where some 10,000 people are dead or missing.

A five-strong Israeli team “is setting up the surgery right now,” the ambassador said.

“They are evaluating the needs today so that a larger team can be dispatched.”

Ben Shitrit confirmed that Israel was also providing tons of aid assistance – including mattresses, blankets, coats, gloves and chemical toilets – for some of the half-million people who are homeless, many of them now living in public facilities.

“I don’t know how or why it is that our field hospital is the first,” the ambassador said.

Maybe it’s because of our experience.”

He said the medical crisis would take a long time to resolve, but he believed the Japanese government would bring the situation under control in the coming weeks.

Appreciation for Israel’s help, he said, was clear in the reporting in the Japanese media and in the grateful response of people in the field.

Asked whether Israel had provided any assistance in grappling with the difficulties affecting Japanese nuclear facilities, Ben Shitrit said no.

“That’s an issue for the Japanese and the Americans only,” he said.