My optimism about the new Arab revolt 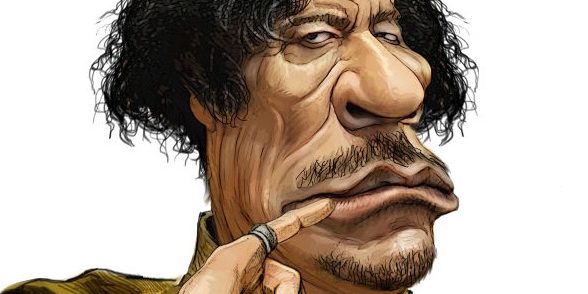 First, these rebellions fit into the context of a regional chessboard, what I call the Middle East cold war. On one side stands the “resistance” bloc led by Iran and including Turkey, Syria, Lebanon, Gaza, and Qatar; it seeks to shake up the existing order with a new one, more piously Islamic and hostile to the West. On the other side stands the status quo bloc led by Saudi Arabia and including most of the rest of the region (implicitly including Israel); it prefers things to stay more or less as they are.

The former (but not Syria) have an agenda, the latter (except Israel) want primarily to enjoy the fruits of power. (Caged tigers, anyone? Or a private concert by Mariah Carey?) The former enjoy the appeal of offering a vision, the latter can deploy guns, lots of them.

Second, while developments in Tunisia, Libya, Egypt, Yemen, and Bahrain have great significance, there are only two regional geo-strategic giants – Iran and Saudi Arabia – and both are potentially vulnerable. Discontent with the Islamic Republic of Iran became manifest in June 2009, when a rigged election brought massive crowds onto the streets. Although the authorities managed to suppress the “Green Movement,” they could not stifle it and it remains underground. Despite Tehran’s strenuous efforts to lay claim to the revolts across the region, portraying them as inspired by the Iranian revolution of 1978-79 and its own brand of Islamism, these revolts more likely will inspire Iranians to renew their own assault on the Khomeinist order.

Were such a counter-revolution to succeed, the implications would go far beyond Iran, affecting the Non-Proliferation Treaty regime, Israeli security, Iraq’s future, the global energy market, and – perhaps most critical of all – the Islamist movement itself. Bereft of the most important “resistance” government, the Islamist movement worldwide would likely begin to decline.

The Kingdom of Saudi Arabia is no ordinary state. Its power lies in a unique combination of Wahhabi doctrine, control over Mecca and Medina, and oil and gas reserves. In addition, its leaders boast an exceptional record of outside-the-box policies. Still, geographical, ideological, and personnel differences among Saudis could cause its fall; the key would then be to whom. Shi’ites who resent their second-class status and would presumably move the country towards Iran? Purist Wahhabis, who scorn the monarchical adaptations to modernity and would replicate the Taliban order in Afghanistan? Or both in the case of a split? Or perhaps liberals, hitherto a negligible force, who find their voice and lead an overthrow of the antiquated, corrupt, extremist Saudi order?

This latter thought leads to my third and most unexpected observation: The revolts over the past two months have been largely constructive, patriotic, and open in spirit. Political extremism of any sort, leftist or Islamist, has been largely absent from the streets. Conspiracy theories have been the refuge of decayed rulers, not exuberant crowds. The United States, Great Britain, and Israel have been conspicuously absent from the sloganeering. (Libyan strongman Mu’ammar al-Qaddafi blamed unrest in his country on Al-Qaeda spreading hallucinogenic drugs.)

One has the sense that the past century’s extremism – tied to such figures as Amin al-Husseini, Gamal Abdel Nasser, Ruhollah Khomeini, Yasir Arafat, and Saddam Hussein – has run its course, that populations seek something more mundane and consumable than rhetoric, rejectionism, and backwardness.

Pessimism serves as a career enhancer in Middle East studies and I am known for doom-and-gloom. But, with due hesitation, I see changes that could augur a new era, one in which infantilized Arabic-speakers mature into adults. One rubs one’s eyes at this transformation, awaiting its reversal. So far, however, it has held.

Perhaps the most genial symbol of this maturation is the pattern of street demonstrators cleaning up after themselves. No longer are they wards of the state dependent on it for services; of a sudden, they are citizens with a sense of civic responsibility.

While cautious about premising foreign policies on this abrupt improvement, it would also be a mistake to reject it. The rebel movements need an opportunity to find themselves and to act as adults. Time has come to discard the soft bigotry of low expectations; speaking Arabic or Persian does not make one incapable of building democratic means to attain free ends.