Rape of the West 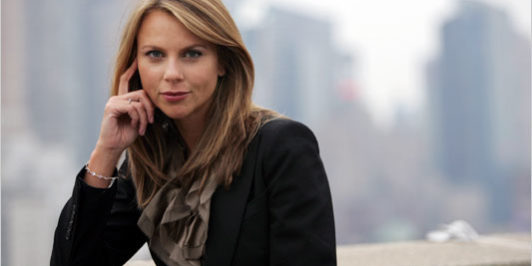 CBS has confirmed that 60 Minutes correspondent Lara Logan was sexually assaulted over a protracted period of time by dozens of Egyptian men. The brutal attack took place during the raucous “celebrations” on Friday night in Cairo’s main square. The New York Post reports this morning that the mob of rapists was screaming “Jew,” “Jew” as they repeatedly assaulted Mrs. Logan (who is not Jewish). Some reports indicate she is in serious condition and still in shock and unable to communicate.

It took over four days for CBS to confirm the attack, and they did so only after it was apparent other news outlets were prepared to break the story. Perhaps CBS was concerned about Mrs. Logan’s privacy. But it is fair to ask whether this brutal attack took so long to be made public because it does not fit the media narrative about the Egyptian “revolution.”

For two weeks the talking heads and big media have told us to celebrate the popular uprising in Egypt. Commentators downplayed the possibility of Egypt becoming a radical Islamist state and assured us that the Egyptian people want the same things we do. We were shown only interviews with Western oriented Egyptians who want to be free. There is no doubt that millions of Egyptians do want economic opportunity, free elections and other basic human rights. We should do what we can to help them. But there is also ample evidence that large majorities in Egypt are sympathetic to the worst elements of radical Islam including support for treating women as if they were cattle, anti-Semitism, hatred of the U.S. and Israel and intolerance of people of different faiths.

It was irresponsible for CBS to send an American woman into the anarchy in Cairo. As evil as the rapists were, their attack should not be a surprise. Everywhere radical Islamists are in control, “infidel” women are not safe. There are whole neighborhoods in Paris where a French woman can’t walk down the street safely. Australian women who sunbathe on the beaches of their country are repeatedly harassed by young Muslim mobs who call them “whores” and “sluts.” Rapes of Scandinavian women by Muslim immigrants are a growing problem in Europe. And, of course, in traditional Muslim societies, Muslim women are deprived the basic rights that American feminists take for granted.

Multiculturalism is “raping” the West. Our media and cultural elites are in denial about the values that dominate much of the Arab Islamic world. European and American textbooks exaggerate the mistakes and failures in the history of Judeo-Christian civilization and white-wash the pattern of conquest and persecution that marks the history of Islam. Lara Logan is one victim of our blindness, but sadly, she won’t be the last.