Islamists will not achieve a ME breakthrough 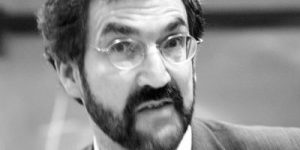 As Egypt’s much-anticipated moment of crisis arrived and popular rebellions shook governments across the Middle East, Iran stands as never before at the center of the region. Its Islamist rulers are within sight of dominating the region. But revolutions are hard to pull off and I predict that Islamists will not achieve a Middle East-wide breakthrough and Tehran will not emerge as the key powerbroker.

George W. Bush had the right idea in 2003 in calling for democracy but he ruined this effort by demanding instant results. Barack Obama initially reverted to the failed old policy of making nice with tyrants; now he is myopically siding with the Islamists against Mr. Mubarak.

Some thoughts behind this conclusion:

An echo of the Iranian revolution: On reaching power in 1979, Ayatollah Ruhollah Khomeini sought to spread Islamist insurrection to other countries but failed almost everywhere. Three decades had to go by, it appears, before the self-immolation of a vendor in an obscure Tunisia town could light the conflagration that Khomeini aspired to and Iranian authorities still seek.

Part of a Middle Eastern cold war: The Middle East has for years been divided into two large blocs engaged in a regional cold war for influence. The Iranian-led resistance bloc includes Turkey, Syria, Gaza, and Qatar. The Saudi-led status quo bloc includes Morocco, Algeria, Tunisia, Egypt, the West Bank, Jordan, Yemen, and the Persian Gulf emirates. Note that Lebanon these very days is moving to resistance from status quo and that unrest is taking place only in status quo places.

Israel’s peculiar situation: Israeli leaders are staying mum and its near-irrelevance underlines Iranian centrality. While Israel has much to fear from Iranian gains, these simultaneously highlight the Jewish state as an island of stability and the West’s only reliable ally in the Middle East.

Lack of ideology: The sloganeering and conspiracy theories that dominate Middle Eastern discourse are largely absent from crowds gathered outside of government installations demanding an end to stagnation, arbitrariness, corruption, tyranny, and torture.

Military vs. mosque: Recent events confirm that the same two powers, the armed forces and the Islamists, dominate some 20 Middle Eastern countries: the military deploys raw power and Islamists offer a vision. Exceptions exist – a vibrant Left in Turkey, ethnic factions in Lebanon and Iraq, democracy in Israel, Islamist control in Iran – but this pattern widely holds.

Iraq: The most volatile country of the region, Iraq, has been conspicuously absent from the demonstrations because its population is not facing a decades-old autocracy.

A military putsch? Islamists wish to repeat their success in Iran by exploiting popular unrest to take power. Tunisia’s experience bears close examination for a pattern that may be repeated elsewhere. The military leadership there apparently concluded that its strongman, Zine El Abidine Ben Ali, had become too high maintenance – especially with his wife’s family’s flamboyant corruption – to maintain in power, so it ousted him and, for good measure, put out an international arrest warrant for his and his family’s arrest.

That done, nearly the entire remaining old guard remains in power, with the top military man, Chief of Staff Rachid Ammar, apparently having replaced Ben Ali as the country’s powerbroker. The old guard hopes that tweaking the system, granting more civil and political rights, will suffice for it to hold on to power. If this gambit succeeds, the seeming revolution of mid-January will end up as a mere coup d’état.

This scenario could be repeated elsewhere, especially in Egypt, where soldiers have dominated the government since 1952 and intend to maintain their power against the Muslim Brethren they have suppressed since 1954. Strongman Hosni Mubarak’s appointment of Omar Suleiman terminates the Mubarak family’s dynastic pretensions and raises the prospect of Mr. Mubarak resigning in favor of direct military rule.

More broadly, I bet on the more-continuity-than-change model that has emerged so far in Tunisia. Heavy-handed rule will lighten somewhat in Egypt and elsewhere but the militaries will remain the ultimate powerbrokers.

U.S. policy: The U.S. government has a vital role helping Middle Eastern states transit from tyranny to political participation without Islamists hijacking the process. George W. Bush had the right idea in 2003 in calling for democracy but he ruined this effort by demanding instant results. Barack Obama initially reverted to the failed old policy of making nice with tyrants; now he is myopically siding with the Islamists against Mr. Mubarak. He should emulate Bush but do a better job, understanding that democratization is a decades-long process that requires the inculcation of counter-intuitive ideas about elections, freedom of speech, and the rule of law.

Mr. Pipes, director of the Middle East Forum and Taube distinguished visiting fellow at the Hoover Institution, lived in Egypt for three years.