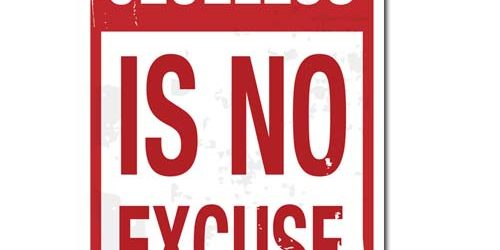 by CAROLINE GLICK, Jpost — Does the US fail to understand what will happen to its strategic interests in the region if the Muslim Brotherhood is the power behind the throne of the next regime?

The Egyptian multitudes on the streets of Cairo are a stunning sight. With their banners calling for freedom and an end to the reign of President Hosni Mubarak the story these images tell is a simple one as old as time.

On the one hand we have the young, dispossessed and weak protesters. And on the other we have the old, corrupt and tyrannical Mubarak. Hans Christian Andersen taught us who to support when we were wee tots.

But does his wisdom apply in this case?

Certainly it is true that the regime is populated by old men. Mubarak is 82 years old. It is also true that his regime is corrupt and tyrannical. Since the Muslim Brotherhood spinoff Islamic Jihad terror group murdered Mubarak’s predecessor president Anwar Sadat in 1981, Egypt has been governed by emergency laws that ban democratic freedoms. Mubarak has consistently rejected US pressure to ease regime repression and enact liberal reforms in governance.

This reality has led many American commentators across the political spectrum to side enthusiastically with the rioters. A prestigious working group on Egypt formed in recent months by Middle East experts from Left and Right issued a statement over the weekend calling for the Obama administration to dump Mubarak and withdraw its support for the Egyptian regime. It recommended further that the administration force Mubarak to abdicate and his regime to fall by suspending all economic and military assistance to Egypt for the duration.

The blue ribbon panel’s recommendations were applauded by its members’ many friends across the political spectrum. For instance, the conservative Weekly Standard’s editor William Kristol praised the panel on Sunday and wrote, “It’s time for the US government to take an active role… to bring about a South Korea/Philippines/Chile-like transition in Egypt, from an American-supported dictatorship to an American-supported and popularly legitimate liberal democracy.”

The problem with this recommendation is that it is based entirely on the nature of Mubarak’s regime. If the regime was the biggest problem, then certainly removing US support for it would make sense. However, the character of the protesters is not liberal.

Indeed, their character is a bigger problem than the character of the regime they seek to overthrow.

According to a Pew opinion survey of Egyptians from June 2010, 59 percent said they back Islamists. Only 27% said they back modernizers. Half of Egyptians support Hamas. Thirty percent support Hizbullah and 20% support al Qaida. Moreover, 95% of them would welcome Islamic influence over their politics. When this preference is translated into actual government policy, it is clear that the Islam they support is the al Qaida Salafist version.

When given the opportunity, the crowds on the street are not shy about showing what motivates them. They attack Mubarak and his new Vice President Omar Suleiman as American puppets and Zionist agents. The US, protesters told CNN’s Nick Robertson, is controlled by Israel. They hate and want to destroy Israel. That is why they hate Mubarak and Suleiman.

WHAT ALL of this makes clear is that if the regime falls, the successor regime will not be a liberal democracy. Mubarak’s military authoritarianism will be replaced by Islamic totalitarianism. The US’s greatest Arab ally will become its greatest enemy. Israel’s peace partner will again become its gravest foe.

Understanding this, Israeli officials and commentators have been nearly unanimous in their negative responses to what is happening in Egypt. The IDF, the national security council, all intelligence agencies and the government as well as the media have all agreed that Israel’s entire regional approach will have to change dramatically in the event that Egypt’s regime is overthrown.

None of the scenarios under discussion are positive.

What has most confounded Israeli officials and commentators alike has not been the strength of the anti-regime protests, but the American response to them. Outside the far Left, commentators from all major newspapers, radio and television stations have variously characterized the US response to events in Egypt as irrational, irresponsible, catastrophic, stupid, blind, treacherous, and terrifying.

They have pointed out that the Obama administration’s behavior – as well as that of many of its prominent conservative critics – is liable to have disastrous consequences for the US’s other authoritarian Arab allies, for Israel and for the US itself.

The question most Israelis are asking is why are the Americans behaving so destructively? Why are President Barack Obama and Secretary of State Hillary Clinton charting a course that will necessarily lead to the transformation of Egypt into the first Salafist Islamic theocracy? And why are conservative commentators and Republican politicians urging them to be even more outspoken in their support for the rioters in the streets?

Distressingly, the answer is that indeed, the US has no idea what it is doing. The reason the world’s only (quickly declining) superpower is riding blind is because its leaders are trapped between two irrational, narcissistic policy paradigms and they can’t see their way past them.

Bush supporters and former administration officials have spent the last month since the riots began in Tunisia crowing that events prove Bush’s push for democratization in the Arab world is the correct approach.

The problem is that while Bush’s diagnosis of the dangers of the democracy deficit in the Arab world was correct, his antidote for solving this problem was completely wrong.

Bush was right that tyranny breeds radicalism and instability and is therefore dangerous for the US.

But his belief that free elections would solve the problem of Arab radicalism and instability was completely wrong. At base, Bush’s belief was based on a narcissistic view of Western values as universal.

The failure of his elections policy convinced Bush to end his support for elections in his last two years in office.

Frustratingly, Bush’s push for elections was rarely criticized on its merits. Under the spell of the other policy paradigm captivating American foreign policy elites – anti-colonialism – Bush’s leftist opponents never argued that the problem with his policy is that it falsely assumes that Western values are universal values. Blinded by their anti-Western dogma, they claimed that his bid for freedom was nothing more than a modern-day version of Christian missionary imperialism.

It is this anti-colonialist paradigm, with its foundational assumption that that the US has no right to criticize non-Westerners that has informed the Obama administration’s foreign policy. It was the anti-colonialist paradigm that caused Obama not to support the pro-Western protesters seeking the overthrow of the Iranian regime in the wake of the stolen 2009 presidential elections.

As Obama put it at the time, “It’s not productive, given the history of US-Iranian relations, to be seen as meddling, the US president meddling in the Iranian elections.”

And it is this anti-colonialist paradigm that has guided Obama’s courtship of the Syrian, Turkish and Iranian regimes and his unwillingness to lift a hand to help the March 14 movement in Lebanon.

MOREOVER, SINCE the paradigm claims that the non-Western world’s grievances towards the West are legitimate, Obama’s Middle East policy is based on the view that the best way to impact the Arab world is by joining its campaign against Israel. This was the central theme of Obama’s speech before an audience dominated by Muslim Brotherhood members in Cairo in June 2009.

Like the pro-democracy paradigm, the anti-colonialist paradigm is narcissistic. Whereas Western democracy champions believe that all people are born with the same Western liberal democratic values, post-colonialists believe that non-Westerners are nothing more than victims of the West. They are not responsible for any of their own pathologies because they are not actors. Only Westerners (and Israelis) are actors. Non-Westerners are objects. And like all objects, they cannot be held responsible for anything they do because they are wholly controlled by forces beyond their control.

Anti-colonialists by definition must always support the most anti-Western forces as “authentic.” In light of Mubarak’s 30-year alliance with the US, it makes sense that Obama’s instincts would place the US president on the side of the protesters.

SO THERE we have it. The US policy towards Egypt is dictated by the irrational narcissism of two opposing sides to a policy debate that has nothing to do with reality.

Add to that Obama’s electoral concern about looking like he is on the right side of justice and we have a US policy that is wholly antithetical to US interests.

This presents a daunting, perhaps insurmountable challenge for the US’s remaining authoritarian Arab allies. In Jordan and Saudi Arabia, until now restive publics have been fearful of opposing their leaders because the US supports them. Now that the US is abandoning its most important ally and siding with its worst enemies, the Hashemites and the Sauds don’t look so powerful to their Arab streets. The same can be said for the Kuwaiti leadership and the pro-American political forces in Iraq.

As for Israel, America’s behavior towards Egypt should put to rest the notion that Israel can make further territorial sacrifices in places like the Golan Heights and the Jordan Valley in exchange for US security guarantees. US behavior today – and the across-the-board nature of American rejection of Mubarak – is as clear a sign as one can find that US guarantees are not credible.

As Prof. Barry Rubin wrote this week, “There is no good policy for the United States regarding the uprising in Egypt but the Obama administration may be adopting something close to the worst option.”

Unfortunately, given the cluelessness of the US foreign policy debate, this situation is only likely to grow worse.