The U.N. Gangs Up on Israel—Again 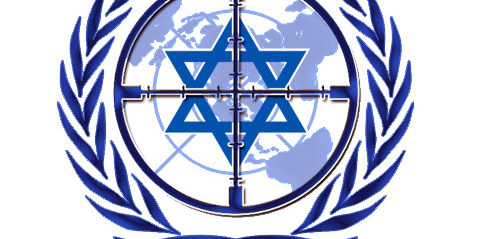 Only a U.S. veto can prevent the adoption of a resolution that will make peace harder to achieve.

Although I have opposed Israel’s civilian settlements in the West Bank since 1973, I strongly believe that the United States should veto a resolution currently before the U.N. Security Council that would declare illegal “all Israeli settlement activity in the Occupied Palestinian Territory.” This condemnatory resolution is being supported by all members of the Security Council other than the U.S. So it will pass unless the U.S. exercises its veto power.

There is a big difference between a government action being unwise, which the Israeli policy is, and being illegal, which it is not. Indeed, the very Security Council resolution on which proponents of the condemnation rely makes it clear that the legal status of Israel’s continued occupation isn’t settled.

Passed in 1967, Resolution 242 (which I played a very small role assisting then-U.N. Ambassador Arthur Goldberg in drafting) calls for Israel to return “territories” captured during its defensive war of 1967. The words “all” and “the” were proposed by those who advocated a complete return, but the U.S. and Great Britain, which opposed that view, prevailed.

Even partial return of captured territories is conditioned on “termination of all claims of belligerency” and “acknowledgment of the sovereignty . . . of every state in the area and their right to live in peace within secure and recognized boundaries free from threats or acts of force.”

Resolution 242 does not mention the rights of nonstates, such as the Palestinian Authority, Hamas or Hezbollah, the latter two of which do not accept the conditions of the resolution. (Nor do Iran and several other states in the region.) It would be wrong for the Security Council retroactively to rewrite Resolution 242, which is the foundation for a two-state solution—Israel and Palestine—44 years after it was enacted.

But the real reason the U.S. should veto this ill-conceived resolution is that it is inconsistent with U.S. policy, which has long advocated a negotiated resolution of the Palestinian-Israeli dispute. As Secretary of State Hillary Clinton has put it: “We continue to believe strongly that New York is not the place to resolve the longstanding conflict.”

A negotiated resolution will require the Palestinian Authority to acknowledge that some of the land captured by Israel from Jordan, after Jordan attacked Israel, rightfully belongs to Israel. These areas include the Jewish Quarter of Jerusalem and the Western Wall—which were illegally captured by Jordan in its aggressive and unlawful 1948 war calculated to undo the U.N.’s decision to divide the area into Jewish and Arab homelands. Additionally, there will have to be land swaps that recognize the realities on the ground. Areas such as Ma’ale Adumim and Gilo, for example, have become integral parts of Jewish Jerusalem.

Finally, Resolution 242 explicitly requires that Israel have “secure and recognized boundaries,” an implicit recognition that its pre-1967 boundaries were neither secure nor recognized. Some territorial adjustments will be essential if Israel is to remain more secure than it was in the lead-up to the 1967 war.

The Palestinian Authority seems to understand at least some of these realities, as reflected in the recent disclosure of 1,600 internal documents by Al Jazeera. In one 2008 document, Palestinian negotiator Ahmed Qurie is quoted proposing that Israel annex all settlements in Jerusalem, with the exception of the Jewish areas of Har Homa and part of the Old City of Jerusalem. Some on the Security Council, however, clearly don’t understand.

The current draft of the proposed resolution condemns “all Israeli settlement activities.” Read literally, this condemnation would extend to the Jewish Quarter of Jerusalem, the Western Wall, and those areas that even the Palestinian Authority concedes must remain under Israeli control. Israel will not, and should not, return “all” such territories. The U.S. does not believe it should, nor do reasonable Palestinians.

So what then is the purpose of the utterly unrealistic resolution now under consideration? It simply gives cover to those Palestinians who do not want to sit down and negotiate directly with Israel. It is also a stalking horse for the Palestinian effort to secure a further U.N. resolution unilaterally declaring Palestinian statehood—a result that neither Israel nor the U.S. would recognize.

Israeli Prime Minister Benjamin Netanyahu has offered to negotiate without any preconditions. He promises generous proposals, which could lead to Palestinian statehood relatively quickly. The Palestinian Authority, however, has set preconditions to any negotiations, most specifically a second freeze on all West Bank and East Jerusalem construction. While I favor such a freeze, I do not believe that it should be a precondition to negotiations.

Let serious discussions begin immediately about the borders of the two states. As soon as the borders are decided, Israel will stop building in all areas beyond them. This is the only way toward peace. A Security Council resolution unilaterally deciding the central issue of the negotiations will only make matters worse.

Mr. Dershowitz is a law professor at Harvard. His latest novel is “The Trials of Zion” (Grand Central Publishing, 2010).