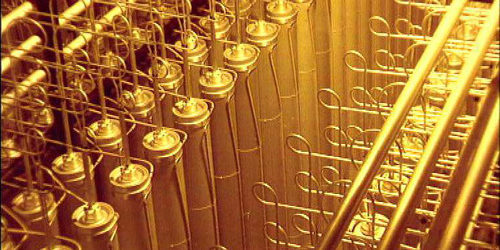 A German think tank recommended to the US that a “policy of covert sabotage” should be adopted against Iran’s nuclear program, a WikiLeaks document released on Tuesday revealed.

In a meeting with US officials in Berlin in January 2010, Volker Perthes, director of Germany’s government-funded Institute for Security and International Affairs, said that “a policy of covert sabotage” including unexplained explosions, accidents, and computer hacking “would be more effective than a military strike whose effects in the region could be devastating,” reported the Guardian on Wednesday.

The think tank, whose name is blacked out in the WikiLeaks document but mentioned in the Guardian’s report, further argued that “the only effective sanctions which could positively impact the regime’s security calculations on the nuclear dossier would be a ban on sales of conventional arms.”

“Only such a move could shift the security calculation for the regime from the longer term goal of achieving nuclear capability to the shorter term goal of maintaining a conventional capability,” the WikiLeaks document revealed quoting the think tank.

On Sunday, the New York Times reported that Israel tested the Stuxnet virus on Iranian centrifuges constructed inside its nuclear reactor in Dimona, apparently shedding light on the mystery surrounding the cyber attack that is believed to have significantly damaged Iran’s nuclear program.

According to various reports, the reactor in southern Israel contains a building which houses a small number of centrifuges which are used to enrich military-grade uranium. The Times claimed that Israel had obtained centrifuges identical to those used by Iran at the Natanz enrichment facility and tested the virus on them.

The report additionally said that Stuxnet was developed by the US and Israel, with help of Berlin and London, who may not be aware of the parts they played. Former US president George W. Bush reportedly authorized the program in January 2009, and President Barack Obama, with Israel’s encouragement, ordered its acceleration.