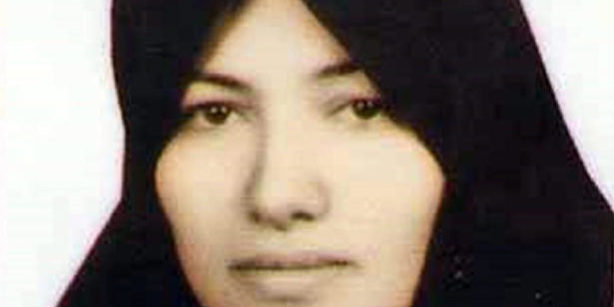 Making the rounds on YouTube these days is a film of a group of manly looking women preparing for and conducting a “flash dance” in a Philadelphia food store. The crew of ladies, dressed in tight black clothes and sequined accessories, arrives at The Fresh Grocer supermarket, breaks into a preplanned chant ordering shoppers not to buy Sabra and Tribe hummus and telling them to oppose Israeli “apartheid” and support “Palestine.”

From their attire and attitude, it is fairly clear that the participants in the video would congratulate themselves on their commitment to the downtrodden, the wretched of the earth suffering under the jackboot of the powerful. They would likely all also describe themselves as feminists.

Yet as secretary of state, Hillary Clinton – like her fellow self-described feminists – has chosen to single Israel out for opprobrium while keeping nearly mum on the institutionalized, structural oppression of women and girls throughout the Muslim world. In so acting, Clinton is of course, loyally representing the views of the Obama administration she serves. She is also representing the views of the ideological Left in which Clinton, US President Barack Obama, the human rights and feminist movements are all deeply rooted.

But at its most basic level, the feminist label has never been solely or even predominantly about preventing and ending oppression or discrimination of women. It has been about advancing the Left’s social and political agenda against Western societies. It has been about castigating societies where women enjoy legal rights and protections as “structurally” discriminatory against women in order to weaken the legal, moral and social foundations of those societies. That is, rather than being about advancing the cause of women, to a large extent, the feminist movement has used the language of women’s rights to advance a social and political agenda that has nothing to do with women.

So to a large degree, the feminist movement itself is a deception.

The deception at the heart of the feminist movement is nowhere more apparent than in the silence with which self-professed feminists and feminist movements ignore the inhumane treatment of women who live under Islamic law. If feminism weren’t a hollow term, then prominent feminists should be the leaders of the anti-jihad movement.

Gloria Steinem and her sisters should be leading to call for the overthrow of the antifemale mullocracy in Iran and the end of gender apartheid in Saudi Arabia.

Instead, in 2008 Ms. Magazine, which Steinem founded and which has served as the mouthpiece of the American feminist movement, refused to run an ad featuring then foreign minister Tzipi Livni, Supreme Court President Dorit Beinisch and then speaker of the Knesset Dalia Itzik that ran under the headline, “This is Israel.”

It was too partisan, the magazine claimed.

Leading feminist voices in the US and Europe remain unforgivably silent on the unspeakable oppression of women and girls in Islamic societies. And this cannot simply be attributed to a lack of interest in international affairs. Islamic subjugation and oppression of women happens in Western countries as well. Genital mutilation, forced marriage and other forms of abuse are widespread.

For instance, every year hundreds of Muslim women and girls in Western countries are brutally murdered by their male relatives in so-called “honor killings.”

Pamela Geller, the intrepid blogger at Atlas Shrugs website, has steadfastly documented every case she has found. This year she ran an ad campaign on public buses and taxis in major US cities to bring public awareness to their plight. And for her singular efforts in championing the right to life of Muslim women and girls, she has been reviled by the Left as an anti-Islamic bigot.

Former Dutch parliamentarian Ayaan Hirsi Ali was forced to flee Holland and live surrounded by bodyguards for the past six years because she has made an issue of Islamic oppression of women and girls. The Left – including the feminist movement – has treated this remarkable former Muslim and champion of women’s rights as a leper.

IF ALL the feminist community’s policy of ignoring Islamic oppression of women did was keep it out of the headlines it would still be unforgivable. But the fact is that by not speaking of the central challenge to women’s rights in our times, the organized feminist movement, and the Left it is a part of, are abetting Islam’s unspeakable crimes against women and girls. It does so in two ways.

For instance, in 2006, an Iranian Islamic court found Sakineh Mohammadi-Ashtiani guilty of adultery and sentenced the ethnic Azeri kindergarten teacher and mother of two to death by stoning. She was later also found guilty of murdering her husband.

Ashtiani’s confessions in both cases were extracted under torture. She has already received 99 lashes for her reputed initial crime. Not a Farsi or Arabic speaker, when her adultery trial ended, Ashtiani didn’t even know she was convicted or what her sentence was.

In recent years, Ashtiani’s children assisted by Iranian émigré and non-leftist human rights groups launched a courageous campaign to save her life. Over the past year, the campaign was covered in the Western media and garnered the support of notables such as the French and Canadian prime ministers’ wives as well as international film stars like Lindsay Lohan, Colin Firth, Emma Thompson, Robert Redford and Juliette Binoche.

Human Rights Watch and Amnesty International got on board this past summer and decried her treatment. Clinton herself gave a half sentence condemnation of Ashtiani’s persecution in August. Indeed, the international attention focused on Ashtiani may have been the reason the Obama administration belatedly voiced opposition to Iran’s election to the new UN women’s rights council. Iran was elected by acclamation in April, but later defeated by India when a roll call vote was called.

Then they said she would be hanged rather than stoned. Today her fate remains unclear and her life is still in grave danger.

But if pressure on Iranian authorities keeps up, there is a reasonable chance that Ashtiani’s long ordeal will end in life, rather than death.

Ashtiani’s case is proof that when the West makes the barbaric abuse of women an issue, the Islamic world attenuates its abuse of women. Pressure works. In contrast, an absence of pressure empowers the oppressors.

THE SECOND way that the feminists and the Left they are a part of abet Islamic oppression of women is through their animosity towards Israel. When the Shariah besotted leaders of the Muslim world see the Western Left devote its energies to attacking Israel – the only human rights and women’s rights protecting country in the Middle East – they see there is no reason for them to reconsider their willingness to tyrannize their women and girls.

Take Indonesia for example. In 2003, then Indonesian president Megawati Sukarnoputri agreed that as part of a ceasefire agreement, the separatist Aceh province was allowed to institute Shariah law as the law of the province. In 2009, the Aceh parliament passed a law making adultery punishable by stoning. On the central squares of the province that is home to four million, people are routinely publicly whipped for offenses against Islam.

Just last Friday, Anis Saputra, 24, and Kiki Hanafilia, 17 each received eight lashes in a public ceremony outside a local mosque for being caught kissing in October. The two are reportedly married to other people and they apparently were given lashes rather than stoned to death because they had yet to consummate their alleged romance.

Last year the province also forbade women and girls from wearing pants. A France 24 investigation of Shariah in Aceh showed a traumatized 14-year-old girl who was beset by Islamic police on her way home from school. They cut her jeans off in the middle of the street.

Yet rather than criticize Indonesia for these appalling developments, last month Obama visited Jakarta and waxed poetic about Islamic tolerance of differences and applauded Indonesia for its commitment to democracy.

And while ignoring Indonesia’s repressive Shariah-ruled province where Islamic oppression is the rule not the exception, Obama devoted his criticism to attacking Israel for allowing Jews to build homes in Jerusalem.

There is no doubt that attitudes that discriminate against women exist today in Western countries as well as in Israel.

Women in the free world have unique challenges to overcome because of our gender.

But a sense of proportion is required here.

These challenges are not overwhelming, systemic or in most cases life-threatening.

On the other hand, hundreds of millions of women and girls throughout the Islamic world are terrorized daily by everyone from their families to their judges. They have no reason to believe that if challenged their rights – even their right to life – will be protected.

The fact that the ladies in Philadelphia decided to take their stand against Israel and that Clinton and Obama attack Israel for building homes for Jews in Jerusalem, Judea and Samaria while they all ignore the suffering of the women of Islam speaks volumes about the degradation of the West under the Left’s social and political leadership.

It also tells non-leftist women in the West that being pro-women’s rights and being a feminist are increasingly mutually exclusive.