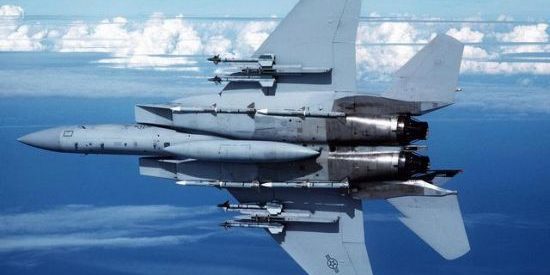 A pro-Israel group says a multibillion-dollar arms deal the Obama administration is proposing to complete with Saudi Arabia could have some positive benefits for the Jewish state.

The deal is worth a reported $60 billion, which provides 84 F-15 fighter jets plus dozens of attack helicopters. Initially concerned about the sale, U.S. officials say Israel has gradually grown more comfortable with the transaction because the planes are without long-range weapons. The Wall Street Journal reports, however, that the planes can potentially be upgraded to include missile defense systems.

Hutchens says such a transaction could counterbalance Iran’s push to develop nuclear weapons.

“It’s an arms race now. It’s just out of control,” he says. “But my sense of it is that Israel knows from their own intelligence the degree of progress that the Iranians are making toward this, and that there’s a line in the sand that they know and they have determined — and if and when Iran crosses that , Israel will do what’s necessary to survive.”

President Obama has pitched the arms deal as a way to create 75,000 jobs spread over 44 states.