Christian Zionism and the Pre-tribulation rapture 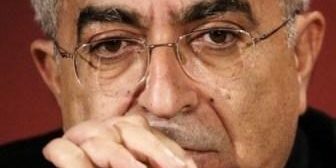 I find many Christians who support the restoration of the Jewish people to their homeland in Israel also subscribe to the end-time teaching known as the pre-tribulation rapture.  This teaching holds that Jesus will return first as a “thief in the night” to snatch away the Church prior to a hellish reign of terror by a false messiah in the last days. He will then come again with His Church to destroy all satanic rule on this planet and establish the long-awaited Messianic Age.
But have these Christians who hold this view stopped to consider, as I finally did, that this teaching is fundamentally opposed to the heart and soul of Christian Zionism?

On the Road to Jerusalem

As a new Christian in the mid ‘70’s, I too believed the teaching that Jesus would come suddenly to remove His church before the rule of anti-christ. The prophet Daniel called it “a time of distress such as has never occurred since there was a nation until that time” (Dan. 12:1). Jeremiah called it “the time of Jacob’s trouble” (Jer. 30:5-7). And Jesus said “if those days had not been cut short no one would survive” (Matt. 24:22). So who would want to be here for that if you were told you could avoid it? And since the most respected Christian teachers in the land said we’d fly away with Jesus, I was right there.

But that was before I awakened to the “Jewish roots” of my faith and inclusion into the commonwealth of Israel. In the process of this awakening I discovered that God had not rejected the Jewish people as we had been taught by a doctrine known as Replacement Theology. And was even now reestablishing them in their national homeland as all the prophets had foretold. It wasn’t long before my wife and I became “crazy” Christian Zionists praying for Israel and the Jewish people, attending pro-Israel rallies, writing letters to correct newspaper stories that misrepresented the truth about Israel, encouraging the Jewish people, teaching other Christians about God’s plan of restoration for the Jews, and contributing to any ministry that supported Israel.

And in the middle of this Zionist awakening I began to sense a growing tension in my spirit concerning the rapture.

It didn’t take long to see where the problem lay. At almost every pro-Israel event there would be a time of public repentance for turning our backs – and often our weapons – on the Jews over the centuries. We’d loudly proclaim that “we will never abandon you again.” Either by keeping silent in times of persecution, as so many did during the Holocaust. Or by doctrinally distancing ourselves again through the acceptance of Replacement Theology.

Yet by embracing a rapture theology, aren’t we already planning to abandon them again? And at a time when Israel and the Jews will need us the most? Worse, we crow about our “saving event” without a blush or a word of apology to our Jewish friends. What must the Jews think? No doubt they are grateful for our present support, but I’m sure they won’t be holding their breath waiting for us to show up once the feathers hit the fan. What is wrong with us? Have we learned nothing from our past betrayals of our brothers? Are we just going to be happy-clappy cheerleaders for the State of Israel as long as the skies are sunny? But when dark clouds come will we quickly start looking for the rapture bus to get us out of here – fast?

And if our love is that conditional, what does it say about our message of God’s eternal love for Israel that we keep telling them about? For years we have been quoting Isaiah 40:1, 2: “Comfort, comfort my people, says your God. Speak tenderly to Jerusalem, and proclaim to her that her hard service has been completed, that her sin has been paid for, and that she has received from the Lord’s hand double for all her sins.”

Do we believe that or not? If we do, then we should stop telling the Jews they are going to face another holocaust alone. Rather we should be saying over and over that God will be with His chosen people, both Jew and Christian, protecting and providing for us throughout this coming tribulation. And that eventually He will deliver us out of it and destroy our enemies in the Day of His wrath, as surely as He drowned the army of Pharaoh. This is what Jesus and all the prophets and apostles prophesied (see Dan. 12:1; Jer. 30: 1-11; Isaiah 52: 7-12; Joel 3: 14-17;1 Peter 1:5; Matt. 24:22, 29-31; Rev. 12: 14).

But still, how could Christians who have confessed undying love for Israel be so ready to abandon Israel in the “twinkling of an eye” via a pre-trib rapture?
I believe the problem lies in a deeply held Christian misperception that God has two separate and distinct folds of sheep, namely the Church and Israel (Christians and Jews). This belief of two separate chosen people, also known as “spiritual Israel and physical Israel,” can be traced back, I discovered, to the influential teaching of John Nelson Darby, the man most responsible for developing the rapture teaching. Darby developed his theology in the 1830’s, but it didn’t go viral until the early twentieth century when the Scofield Reference Bible included it in their commentary on the Scriptures, which gave it a “thus sayeth the Lord” authority.

Darby, who is known as the “father of dispensationalism,” believed God has dealt with mankind in different ways in different ages or “dispensations.” Christians belong to the latest dispensation, an age of grace, and are considered God’s “heavenly people.” But the descendants of Abraham – at least those who came before Jesus, plus those who didn’t accept Him as Messiah after He came – belonged to the dispensation of Law and are God’s “earthly people.” The only exception to this rule are Jews who do believe in Jesus. They are counted as part of the Church and those alive at Jesus return can get on the rapture “bus.”

Although he taught that the Church and Israel would always remain separate and distinct, he believed both groups play parallel roles in God’s plan of salvation. And will receive parallel inheritances. That is, he didn’t teach that the Jews had been disenfranchised by the Church, as Replacement Theology taught. But he didn’t see the Church as being a continuation or enhancement of Israel, either.

Regarding the last days, Darby saw in the Scriptures that Israel would indeed be brought back to the land (making him a Christian Zionist in that respect). And that anti-Christ would halt the regular sacrifice and defile the Temple sanctuary by setting up “an abomination of desolation” (Dan 12:11). But since neither Israel nor the Temple with its sacrifices were then in existence, he concluded that after the Jews reestablished their state God would have to bring back the dispensation of the Mosaic Law.

But that created a problem since the world now lived under the dispensation of grace and Christians could not go back under the Law. His solution then was to teach that God would remove the Christians before He reintroduced the Law prior to the tribulation. Hence, the Rapture.

Once the evil in this world had been destroyed by God, Christians would receive a glorious inheritance in the heavenly city of Jerusalem in transformed bodies. And the Jews would enjoy a time of supernatural peace and prosperity in the physical city of Jerusalem.

It is obvious that Darby’s theology is a huge stumbling block for Christians who sincerely want to promise undying support for Israel.  For if Christian Zionism is anything it is a deep emotional and spiritual identification with Israel and the Jewish people that surpasses theology or rationalization. It understands at the heart level that through our faith in Jesus, even if we are not Jewish, we are somehow included into this unique family of Abraham and all the promises made to the Patriarchs. So that when we read, “If you belong to Messiah, you are Abraham’s offspring, heirs according to promise,” (Gal. 3:29) – our heart shouts, “Amen!” Not, “see you later, alligator!”

The fact is that nowhere in the New Testament is the Church defined as “spiritual Israel.” Just because some of God’s people are Jewish and some are not does not mean He has two Israel’s, one physical and one spiritual. Jesus nipped that heresy in the bud when He prophesied to His Jewish disciples about the coming Gentile inclusion into the chosen remnant of Israel.  He said, “I have other sheep who are not of this fold. I must bring them also. They too will listen to My voice, and there shall be one flock, and one Shepherd” (John 10:16).

Paul also championed our oneness in Romans Eleven when he graphically illustrated how we Gentiles, who he identified as “wild olive branches” (a clue to our true identity?), were by our faith grafted into the cultivated olive tree of Abraham’s family. A tree that included all the Old Testament saints like Moses, David, Ruth, Elijah, Daniel, etc. He doesn’t say God planted a separate tree called the Church! And if we need any more convincing about our unity, listen to Paul’s words to the Ephesians: “For he Himself is our peace, who has made the two one by breaking down the dividing wall of hostility, by abolishing in His flesh the Law with its commandments and regulations […] to create in Himself one new man out of the two, thus making peace, and in this one body to reconcile both of them to God…” (Eph 2:14-16).

In Jesus, God was simply enabling His people to come into a greater spiritual intimacy with Himself via the shed blood of the New Covenant – a covenant that had been promised exclusively to Israel by the prophet Jeremiah (Jer. 31:31).

It’s true, once we former Gentiles “were separate from Messiah, excluded from citizenship in Israel and foreigners to the covenants of promise… but now in Messiah Jesus you who were far away have been brought near through the blood of Messiah” (Eph. 2:12,13). Therefore, we who are followers of Messiah Jesus must stop seeing ourselves as a separate people of God. It is our spiritual and physical identification with Israel that puts the passion in our support for the Jewish people! It is Jesus in us throbbing to reveal Himself to His whole family, as Joseph longed to reveal himself to his  brothers as they stood before him in Egypt.

Therefore, if we are going to be solidly in Israel’s corner as we promised, we can’t also be planning for an early exit. Their fight is also our fight. We must come alongside them, not just as fans, but as family. It doesn’t matter that the majority of Jews do not recognize us or accept us yet as mishpochah. We know it is true! Therefore we have to act in faith and believe we have a stake in this game. The blessings of Israel are something we too will share in if we faint not.

But if we only rejoice over the reestablishment of Israel because it is a prophetic sign that Jesus is coming soon. Or because it is merely an encouragement that if God is faithful to them He’ll be faithful to us. Or because it shows we now reject Replacement Theology, even though we still hold fast to Darby’s Separation Theology – then our Zionism is indeed a hollow shell.

No, we must be in this for the long haul. We must be one with the Jews, come what may, and trust we will rejoice with them at the glorious deliverance our God has promised to perform for us. “For I know the plans I have for you, declares the Lord, plans for your welfare and not for calamity; to give you a hope and a future” (Jer. 29:11).