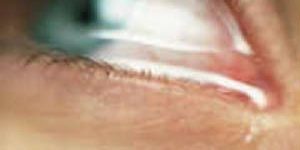 “The Spirit of the Lord GOD is upon Me,
Because the LORD has anointed Me
To preach good tidings to the poor;
He has sent Me to heal the brokenhearted,
To proclaim liberty to the captives,
And the opening of the prison to those who are bound;
To proclaim the acceptable year of the LORD,
And the day of vengeance of our God;
To comfort all who mourn,
To console those who mourn in Zion,
To give them beauty for ashes,
The oil of joy for mourning,
The garment of praise for the spirit of heaviness;
That they may be called trees of righteousness,
The planting of the LORD, that He may be glorified.” (Isaiah 61:1-3)

Almost hidden under waves of red hair, his young eyes smile out from my television screen, bright windows to his irrepressible soul. A brief shadow flickers across his face. Slowly the smile fades, dulling his eyes; straightening his mouth. A questioning look replaces the happiness of a minute before. The camera holds it, holds it, holds it, then gradually fades to grey.

Like the now dark screen, the beautiful light in that life has gone out. His father’s weeping, recorded moments before – deep, wracking sobs – throbs in my memory. Also his mother’s empty eyes as she recalls the piercing words: “Ari is no more.” We have been allowed to see the precious family photographs: the new-born infant suckling at the breast, the toddler taking his first steps, the boy with his gaily painted Purim face, the mischievous teen, the serious scholar, the young man in love, the new recruit with his arms around his IDF buddies. Family and friends share their memories, one after the other breaking down as they get to the part where he fell in the war.

Today is a terribly sad day – Memorial Day in Israel. All day long I have watched the photos of the beautiful young men who fell in defense of this small nation. I listen to their parents; their children, their siblings – – tears flow again and again, and mine fall too. So many tears. So much pain for such a small land.

Wailing sirens across the country marked the start of this national day of anguish at eight-o-clock last night.

In Jerusalem’s Old City, the cameras panned across, and zoomed in on, the ranks of Israel’s bereaved families; filling the public stand in the plaza at the Western Wall. A young woman, widow of the latest soldier to fall, put the flame to the Torch of Remembrance.

President Shimon Peres addressed the mourners, telling them nothing could counterweigh the loss of a loved one.
“I am aware that nothing can compensate for the sound of the steps of a son you expect to hear in the staircase and that has suddenly turned silent, the son whose uniform you hung on a hanger in the closet and that generates a yearning to smell the smell of his body one last time.

“Facing your tormented eyes – there is a loss of words,” Peres continued.

After the speeches a man who lost his son in Gaza read – with heavily accented Hebrew – the Kaddish – song for the dead. Like the parents of many, he had made Aliyah, immigrating with his children to the promised land of the Jewish people – and added the payment of his son’s life to all the others who have made the supreme sacrifice to secure this nation in its land.

All afternoon, and late into the evening, Israel’s television screens have been filled with tales of tragedy. Photographs and home movies of young men, full of life and fun and promise, are followed by the shared memories of those they have left behind – wives, girlfriends, mothers, fathers, brothers, sisters, daughters, sons.

For every life lost in defense of the Jews’ right and ability to live in their homeland – tens of people mourn. On Memorial Day that mourning – even when subdued by the, sometimes many, years that have passed – returns in force.

It unites the nation in grief.

“Snap out of it,” I try to deal with my own emotions even as I deliberately immerse myself in Israel’s hurting. “You don’t know any of them.”

The words of Psalm 13, put to music by Brian Doerksen, roll in on my mind:

By tonight this weeping, anguished nation – hated by almost everyone, surrounded by enemies who daily prophecy (falsely!) their national destruction – will be wrung out like a sponge; emotionally spent.

Suddenly, almost brutally, we will transition from the day of mourning to the day of rejoicing as Israel celebrates its 62nd year of independence.

Along with tens of thousands, my family will head downtown to join the throngs on Jerusalem’s Ben Yehuda Street. Cafes will overflow, lively music and dancing will breathe life back into the heart of the capital, fireworks will light up the sky, also over the jewel of Jerusalem, the Old City, whose golden walls have witnessed so much war, so much sadness and, paradoxically, so much joy.

At the Western Wall, in cemeteries, in schools and other public places today, ceremonies of sadness were concluded with the amazingly sanguine national anthem, Hatikvah (The Hope).

Indeed, concerning His chosen, battered people, God’s word holds so many promises for the future, when:

“Violence shall no longer be heard in your land, Neither wasting nor destruction within your borders; But you shall call your walls Salvation, And your gates Praise.
The sun shall no longer be your light by day, Nor for brightness shall the moon give light to you; But the LORD will be to you an everlasting light, And your God your glory. Your sun shall no longer go down, Nor shall your moon withdraw itself; For the LORD will be your everlasting light, And the days of your mourning shall be ended. Also your people shall all be righteous; They shall inherit the land forever, The branch of My planting, The work of My hands, That I may be glorified. A little one shall become a thousand, And a small one a strong nation. I, the LORD, will hasten it in its time.” (Isaiah 60: 18-22)