God will curse the EU 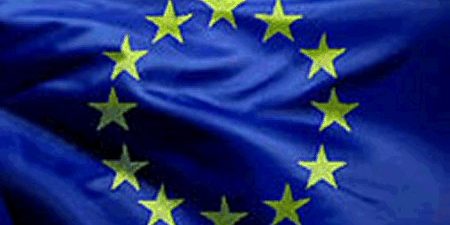 “Now also many nations have gathered against you,
Who say, “Let her be defiled,
And let our eye look upon Zion.”
But they do not know the thoughts of the LORD,
Nor do they understand His counsel;
For He will gather them like sheaves to the threshing floor.

“Arise and thresh, O daughter of Zion;
For I will make your horn iron,
And I will make your hooves bronze;
You shall beat in pieces many peoples;
I will consecrate their gain to the LORD,
And their substance to the Lord of the whole earth.” (Micah 4:11-13)

“May God curse the European Union.”

This was my instinctive, furious response to the news that broke in Israel today, that Europe plans to call next week for the redivision of Jerusalem.

According to Ha’aretz: EU foreign ministers are expected to issue an official call next week for Jerusalem to be divided, in order to serve as the capitals of both Israel and a Palestinian state. The paper said it has obtained a draft document authored by the current holder of the rotating EU presidency, Sweden, and implying that the EU would recognize a unilateral Palestinian declaration of statehood.

The recently-ratified agreement – which will effectively turn the EU into the United States of Europe – is not yet fully in play, and already the Continent’s leaders are flexing their muscles and making it clear just which way things will go if they have their way.

As Spanish Prime Minister Luis Zapatero insisted in an interview with Der Spiegel on November 23 – when asked whether he “truly believe that this new Europe can be a player in the same league as the United States and China:”

“But we are already playing in the top league.”

Europe has long vied with the America for a more influential role in the Middle East land-for-peace process. Tuesday saw it muscling its way right on in there.

It will start by putting its weight behind the Palestinian Arab effort to steal Jerusalem from the Jews; and it stands poised to recognize the Arab theft of Israel’s historical and biblical land.

In the draft statement obtained by the Israeli paper, the EU Council calls on “all parties to refrain from provocative actions,” even as it, with extreme prejudice, emphasizes that is has “never recognized the annexation of East Jerusalem,” and demands that Israel “cease all discriminatory treatment of Palestinians in East Jerusalem” and permit them to reopen their institutions in the city.

The EU, it continues, welcomed PA Prime Minister Salam Fayyad’s recently floated proposal to unilaterally declare the establishment of “Palestine” and would “be able, at the appropriate time, to recognize” this state.

It’s been spelled out countless times before: The Palestinian Arabs have never had a state in any of this land, whereas the Jews’ claims to and history in all of it stretches back thousands of years.

Before being held at terrorism’s gunpoint and hijacked by states that hate Israel, many in the international community recognized that this land in its entirety – was rightfully the Jews’.

And when it comes to Jerusalem:

No other nation – least of all the non-nation called the Palestinians – has ever had this city as a capital. Jerusalem has never been the capital of any Arab state or of any Muslim state. It is not mentioned once in the Quran and exhaustive historical records show that the founder of Islam himself literally turned his back – and ordered his followers to turn their backs – on Jerusalem. Those parts of the city that suffered under Arab occupation did just that – suffered. When Arabs were in control Jerusalem was a run-down, dilapidated slum – its Jewish quarter vandalized and left to rot.

There is no contest here. The Bible and History concur: This land and this city belong to the Jews. The Arabs have no claim or right to either.

Those supporting this “Palestinian” piracy are accessories to the crime of land theft and worse, because they are aiding and abetting the Arabs in their genocidal goal, which remains the destruction of Israel.

They are calling the wrath of Heaven down on themselves:

And it shall happen in that day that I will make Jerusalem a very heavy stone for all peoples; all who would heave it away will surely be cut in pieces, though all nations of the earth are gathered against it. (Zechariah 2:3)