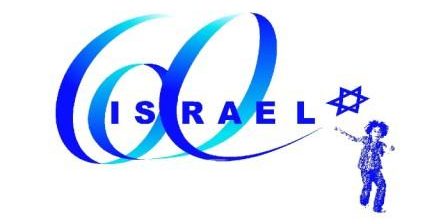 This year is Israel’s 60th birthday and, as Yogi Berra would say, “it’s déjà vu all over again.”

As I write this the menacing behavior of Iran and Syria and their Jihadist terrorist clients, Hamas and Hezbollah, continues to threaten Israel’s security and very existence. The threat of another war looms large and appears to be only a hair trigger away. The Security Cabinet of the Israeli government has ordered the distribution of gas masks recognizing the possibility of a chemical or biological attack. A coalition of Israeli security forces have staged the largest emergency exercise in the nation’s history an event that included simulated military attacks, some with nonconventional missiles.

Ostensibly the reason for this terrorist saber rattling this time is that Israel is blamed for killing the Jihadist leader Imad Mugniyeh, which Israel denies. Never mind the facts, Jihadists look for any excuse to vow revenge and move closer to “wiping Israel off the map.” With their provocative actions in both the north and the south and Israel’s capacity for massive retaliation, the Jihadists are playing with fire. By the time you read this the next war may be well under way.

So what else is new? That’s the way it was 60 years ago at Israel’ birth. That’s the way it has been ever since. And this is the way it will continue to be unless and until Israel defangs its Jihadists enemies. But for that to happen it will be necessary to have in leadership a modern version of President Harry Truman in America and Prime Minister David Ben Gurion in Israel.

Indeed, President Truman was raised up by God in 1948 “for such a time as this.” At 6 PM (EST), on May 14, 1948 the newly named State of Israel made its Declaration of Independence. Despite strong opposition from an Arabist State Department including Secretary of State George C. Marshall, eleven minutes after the Declaration, the United States announced it was granting de facto recognition to the new State of Israel.

Why did President Truman authorize this action in spite of the overwhelming objections of most of his advisors? David McCullough, in his Pulitzer Prize winning biography of Truman suggests, “For Truman, Palestine was never just a place on the map. … His own reading of ancient history and the Bible made him a supporter of the idea of a Jewish homeland in Palestine.” (p. 597). Merle Miller in his Plain Speaking: An Oral Biography of Harry S. Truman, adds this insight; “The historical record seems to indicate that Truman’s decision was deeply rooted in his personal values and his Christian faith. He always claimed that he had read the Bible twice before he even started to school! He knew the history of the Jews by heart, and he understood the biblical claim to the land.”(p. 52, 230-231).

Being in a new election cycle this year in the United States we can only pray for leadership whose policy decisions regarding Israel will be based on the Bible regardless of the opposition. Sadly, none since Truman, including the present administration, with a Christian president, have risen to that challenge. Hopefully a leader will emerge in America with the vision and courage of Harry Truman to stand with Israel as she attempts to survive her sixties.

But Israel also will need new leadership a leader like Israel’s first Prime Minister, David Ben Gurion. Though claiming to be an atheist, Ben Gurion understood God’s promise of a national, ancestral homeland for the Jewish people in Israel and refused to back down in the face of enormous opposition in the United Nations, among the Arabs and even America.

Prime Minister Ben Gurion met with President Truman on two occasions. After his last meeting in 1952, Howard Sachar, in his, A History of Israel: From the Rise of Zionism to Our Time, tells of an interview during which Ben Gurion said, “I told him that as a foreigner I could not judge what would be his place in American history; but his helpfulness to us, his constant sympathy with our aims in Israel, his courageous decision to recognize our new state so quickly and his steadfast support since then had given him an immortal place in Jewish history.” (p. 312).

While their was deep appreciation on the part of Ben Gurion for Truman and the support of the United States, he did not yield to the U.S. when he judged Israel’s best interests were not being served. He fired back at Truman on one occasion, “The State of Israel was not established as a consequence of the UN Resolution. Neither America nor any other country saw the Resolution through, nor did they stop Arab countries (and the British mandatory government) from declaring total war on us in violation of UN Resolution. America did not raise a finger to save us, and moreover, imposed an arms embargo, and had we been destroyed they would not have resurrected us. Those boundaries determined in the UN Resolution were based on peace accords, the validity of international law, and the Arabs’ acceptance of them. But the Arabs rejected it. There are no refugees—there are fighters who sought to destroy us, root and branch. The Arab states came at their request, and they still refuse to make peace or to recognize us, and are openly threatening revenge. … Should we ask America to take pity on us and send an army to protect us? America is immense. We are a tiny and helpless nation. We could not withstand American might, but our self-preservation is more important to us than obedience to America. The rebuke and the threatening style are incomprehensible.” (1949, The First Israelis, p. 35-36).

As it was at its birth, Israel at 60 is at a critical juncture. There is a leadership deficit in both the U.S. and Israel. The recent disastrous decisions of Israel’s leadership may move the LORD “to continue to reduce the size of Israel.” (II Kings 10:32). If the coming leadership of the U.S. continues to force “The Road Map to Peace” with its required “Two-State Solution,” which is tantamount to a curse, (Genesis 12:2-3), the blessing of the God of Israel will surely be removed. God help us and God help Israel at 60.