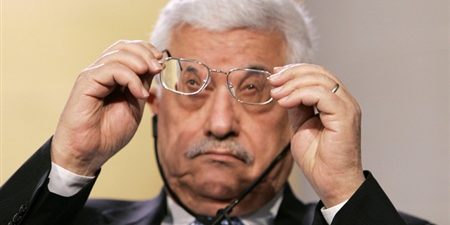 With the collapse of American-led efforts to revive negotiations between Israel and the Palestinians, the peace process has largely faded from view, as the prospect of a deal seems more remote than ever.

Even the key players appear to have moved on, as US Secretary of State John Kerry is now busy trying to botch up another foreign policy challenge, the pope is attempting to get President Shimon Peres to pray, and large parts of Europe are sinking into a morass of xenophobia and anti-Semitism.

But despite the absence of discernible diplomatic efforts, Israel should not be lulled into a false sense of complacency. Now is the time for some dramatic decision-making and for steps to be taken which will advance Israel’s national interests and strengthen any future negotiating position. In other words: it’s annexation time.

In the most recent round of recriminations, the Palestinians demonstrated that they are not interested in peace. Maximalist demands, combined with an unwillingness to make even minimalist concessions, revealed the rejectionism that lies at the heart of the Palestinian cause.

Nonetheless, the Left and others continue to highlight the Jewish communities in Judea and Samaria as the crux of the problem, the obstacle in the way of peace.

The nebulous status of the settlements in Israeli law only serves to contribute to the strength of their argument. After all, they assert, if even right-wing governments have refrained from annexing Jewish settlements, then surely that implies that everything is on the table.

It is time to disabuse the Left, and especially the Palestinians and the world, of this dangerous delusion, and to formally incorporate the Jewish communities in Judea and Samaria as part of the State of Israel and anchor their status in law. Doing so will remove any lingering doubts about Israeli intentions and bolster Israel’s hand. It will show the Palestinians that there is a tangible price for their obstinacy, and underline the fact that time is not on their side, since the longer they choose to wait, the less there will be to discuss.

Fortunately, a growing number of government ministers and Knesset Members are looking to do just that, advancing bills which would annex most of Area C, the 60 percent of Judea and Samaria currently under Israeli control. This past Monday, a total of 10 such bills were submitted to the Knesset plenum, with coalition chairman MK Yariv Levin of Likud-Beytenu and MK Orit Struck of Bayit Yehudi leading the charge.

These bills would extend Israeli law and administration to the areas, giving them a status equivalent to that of any other part of the State of Israel. Currently, the IDF is considered the legal sovereign in Judea and Samaria. Since regions such as the Jordan Valley, Ariel, Gush Etzion and Ma’aleh Adumim will remain part of Israel regardless of whether a deal is ever reached, there is no compelling reason not to annex them now. Why should the tens of thousands of Israelis who live in these communities not enjoy the same status and services as their friends and loved ones in Tel Aviv or Netanya?

Transportation Minister Yisrael Katz has also put forward an interesting proposal to enlarge Jerusalem’s borders by creating a “Greater Jerusalem” that would include surrounding communities such as Givat Ze’ev, Beitar Illit, Ma’aleh Adumim and Gush Etzion. Modeled along the lines of Greater London and Greater Paris, each suburb would retain its identity and municipal autonomy while being run under the auspices of a joint local authority.

But perhaps the most wide-ranging plan thus far is the one that Economy and Trade Minister Naftali Bennett proposed at the end of April, when he said that Israel would gradually annex Area C.

“The era of Oslo is over and we are entering a new era of realism,” Bennett rightly pointed out, adding, “That means we invest massively in joint infrastructure for Arabs and Jews in Judea and Samaria.”

In Area C, there are just 70,000 Palestinians, along with over 350,000 Israelis, so absorbing these areas into the State of Israel would not threaten the Jewish character or demography of the state. Sure, much of the international community would not be happy with such a move, and it would entail diplomatic consequences.

But at a time when the Palestinians are creating facts on the ground, applying for membership in international organizations, building illegally throughout Judea and Samaria and courting Hamas to form a unity government, Israel cannot and must not sit with folded hands.

47 years ago this week, our brave soldiers liberated Judea and Samaria from foreign occupation after 19 long centuries of exile. Now, at last, let’s send a clear and unambiguous message for all the world to see, and absorb them into the State of Israel where they so belong.