The Palestinian campaign to delegitimize Israel 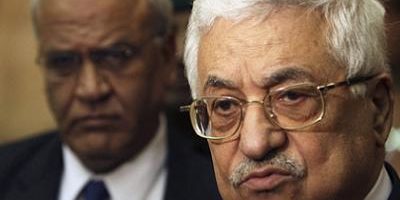 Israeli envoy Isaac Molho met Palestinian negotiator Saeb Erekat recently for the third time in the new year. The talks, widely praised across the international community, have been billed as a much-needed jumpstart for negotiations between the two sides. But they are actually a distraction from the real game, in which the Palestinians are working to outmaneuver Israel in the international arena.

The game began last year when Palestinian president Mahmoud Abbas launched a bid for full UN membership for a sovereign state of Palestine. Abbas sought to gain international recognition for his bureaucracy and strengthen the consensus against Israel’s presence in the disputed territories of the West Bank, which Palestinians hope to claim for their national project. Abbas pursued this strategy while shunning direct talks with his Israeli counterparts.

In the end, the Palestinians fell short of the nine votes necessary for consideration in the UN Security Council. The Obama administration further vowed that the United States would veto the resolution, even if it passed in the future. As a result, the bid stalled.

But the Palestinians had another option. Indeed, they had enough votes to pass a nonbinding measure in the General Assembly. Apparently unsatisfied with anything less than formal recognition, Abbas elected to punt.

But this does not mean that the crisis has passed.

As it turns out, Abbas has been regrouping. On January 1, several countries that would have voted against the Palestinian bid rotated off the Security Council, making way for Guatemala, Pakistan, Azerbaijan, Morocco and Togo. Notwithstanding the looming threat of a U.S. veto, these states afford the Palestinians new opportunities in the diplomatic battles that are likely to unfold this year. And Palestinians have been vague about the General Assembly option, which is still a viable one.

The Palestinians may have other strategies in store, too.

Senior Fatah official Nabil Sha’ath recently said on Palestinian radio that 2012 “will be the start of an unprecedented diplomatic campaign on the part of the Palestinian leadership, and it will be a year of pressure on Israel that will put it under a real international siege. The campaign will be similar to the one waged against apartheid in South Africa.”

The Palestine Liberation Organization (PLO), which has been the official negotiating partner for the Israelis since the late 1990s, is already bringing pressure to bear.

Specifically, Abbas is threatening to form a political union with rival faction Hamas, the terrorist group that controls the Gaza Strip. Palestinians view unity as a necessary step toward independence, so his rhetoric has been very popular on the “Palestinian street.” But the likelihood of a merger is unlikely. Rather, the PLO is using the prospect of a government partially constituted by unrepentant terrorists to pressure Israel into making concessions.

The message is simple: If the Israelis don’t give the PLO what it wants, it could join hands with Hamas, which repeatedly refuses to renounce “armed resistance,” making it virtually impossible for Israel to achieve the peace that it craves.

And while the recent outreach to Hamas may be a bluff rather than an earnest attempt to foster a strategic partnership, it is increasingly clear that Abbas and company are less inclined to fight the terrorist group that disrupted the peace process of the 1990s with suicide bombings. Rather, they are happy to use Hamas as leverage for their demands.

With all of these moving parts, it’s easy to lose sight of the big picture: Palestinian leaders seem to have no interest in talking to Israel this year. Instead, they may be gearing up for a full-scale diplomatic campaign to delegitimize it.

Struggling to stay abreast of an ever-changing political landscape in the turbulent Middle East, Western governments have yet to acknowledge this shift in strategy. Perhaps this is because the Palestinians have yet to officially recognize it themselves.

When news outlets reported on the latest attempts at dialogue in Jordan, Abbas responded that any chance at peace should be seized. Yet Erekat, his representative, stated that the meetings do not “constitute a return to negotiations.”

Such ambivalence keeps false hopes alive for peace through diplomacy while the Palestinians prepare for an entirely different—and dangerous—diplomatic campaign.