A Tale of Besieged Cities 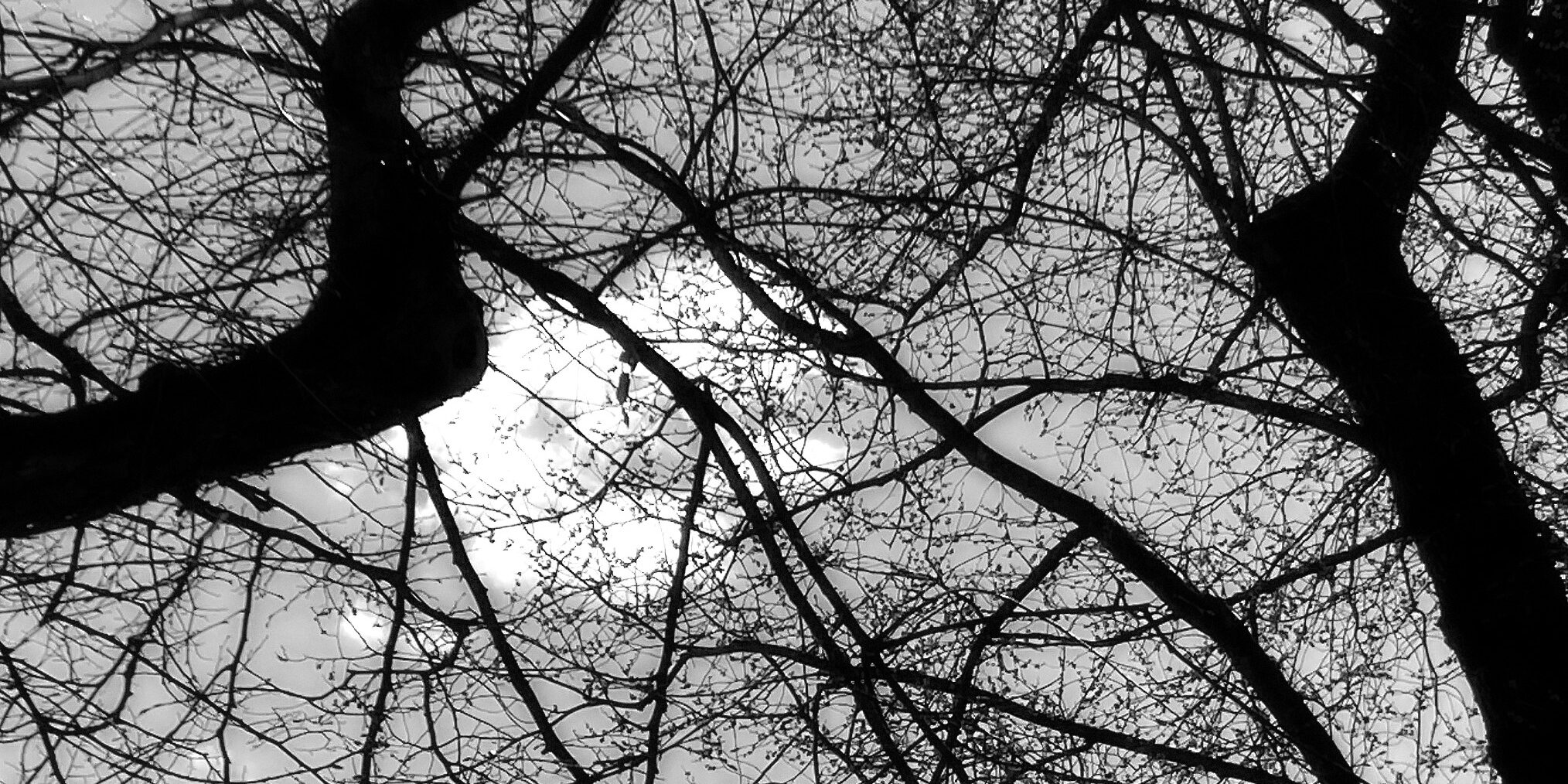 We are seeing it in front of us daily. For the twenty days by now. Beautiful, full of life, cities of Ukraine, one after another are not only bombed, shelled, destroyed, but also sieged. The self-proclaimed ‘liberators’ methodically apply the same tactics as attacking Ukrainian densely populated large cities: they cut off gas, heating, electricity, water supplies, communications, and intentionally impose food and medicine shortages on the places of living of hundreds of thousands of human beings. The key-word here is ‘intentionally’.

Another day, I saw a video from another Russian state TV repulsive talk-show. It is repulsive in general and always, but now it is repulsive thrice so. My dear friend, an international guru in the history of music, sent it to me, shocked by what he saw there. I was not shocked for a bit, but it was very telling indeed. There, a well-known pianist from Russia Boris Berezovsky, who performs largely internationally, and who lived in London permanently for two decades, stays next to the Russian senior military in full uniform, and gently suggesting , with brotherly referring to their professional skills against his pure amateurish understanding due to his humanitarian occupation, to conduct the siege of Kyiv more decisively: to cut the city off completely, to cut off all their vital communications there so the Kyiv civilian population ‘would live the city on their own. Can it be done? It should ‘ – Moscow virtuoso is suggesting softly with his face beaming of self-appreciation, to the senior military officer next to him. The officer, after a telling pause, turns toward the fat formless pianist with a rather stoned face, saying: “But-we-can-not-make-a-human-catastrophy-by-our-own-hands- there”. The mug of the pianist did not show anything, anything at all except continuing fixated self-adulation.

The pictures from Mariupol, Kharkiv, Kyiv, Sumy, many other cities of Ukraine where the aggressor not only bombed to the ground but also besieged, are terrifying us daily. It continues. It is totally, completely, premeditatedly inhuman. For the country which has the siege of Leningrad as a part of its recent history is unpardonable under any circumstances. My maternal great-uncle, legendary doctor Falk Moiseevich Chigrinsky, led the children’s hospital in Leningrad for tuberculosis children. He, as all his family, was from Ukraine, from the city known now as Dnipro. With the siege of Leningrad worsening, he and his doctor wife Nina moved with all heavily ill children to Zelenogorsk in the Leningrad suburb. Saving the ill children, they were unable to evacuate their own only son Pasha, my uncle.

Pasha, 6 year old at the time, was taken by a sheer miracle to the literally last transport evacuating people from besieged Leningrad. He did not see his parents well until the end of the war. As it happened, he saw only his mother then.

His parents, my great-uncle and his wife, were saving the sick of tuberculosis children heroically, giving them their own scarce food, and conducting daily exploits with efforts to obtain medicine for them, and some kind of vitamins, as collecting birch liquid in the forest for the children at expense of their scarce sleep. They saved all of the children. But Falk Chigrinsky, the heroic head of the Leningrad children tuberculous hospital, died at the age of 51, of a heart-attack on the evening of the May 9th, 1945, in St Petersburg, during the victory firework. So I thought all my life.

Until a couple of months ago when I’ve learned from my cousin who lives in Australia, and whose entire family is from Odessa, that the death of our heroic doctor Falk from a heart-attack in an emotional outburst at the end of the Second World War, was ‘the most guarded secret in our family’, according to my cousin. In fact, her mom who is the favourite niece of my late grandmother, who is alive and with whom I have a blessing to speak, did share with my cousin and me this so tightly kept secret. “ Yes, indeed, our Falk died on the evening of May 9th, 1945. Yes, it happened during the victory fireworks in Leningrad. But it was not a heart-attack. He was attacked from behind by one of the adult patients of the hospital, with a huge wooden log. The patient just smashed and crushed Falk’s skull with a terrible blow”, my aunt tells me from Australia, sighing.

The patient was declared crazy on the spot. There was no investigation ever. “It was impossible to tarnish the reputation of the hospital, especially at the sacred moment of the victory”, the family was told.

I am speechless. Cannot come to terms with that still. All the years after that awful payment for all Falk and Nina’s sacrifices and saving of all sick children saved from the besieged Leningrad, my family who knew – my great-grandfather, his wife, many of their siblings, all of them from Ukraine, my grandmother, her sister, my grandfather, my mom, my dad, all adults in our family, lived all their difficult enough lives with that awful knowledge about murdering of their pride, their beloved Falk, the great doctor and humanist Falk Chigrinsky on the night of the victory day, May 9, 1945, in Leningrad, from behind, smashing the heroic doctor’s skull. I do not know how much time it will take for me to absorb it to some degree. So far, I have failed repeatedly.

And a couple of more thoughts on the theme of besieged cities. The Siege of Leningrad, which is customary in Russia to write as the Siege, with a capital S, the unspeakable tragedy of that in so many details, should teach people and society a couple of things regarding compassion and humanity, shouldn’t it? Why did it not happen? – many people are asking themselves today, justly so. There are many reasons for that.

Just a few observations, some of them of a personal experience: the museum in Leningrad has collected an incredible , priceless archive about the period of Siege immediately after the war. At least two times after that, that priceless archive was destroyed, with many unique documents, evidence, and artefacts simply thrown away.
The barbarians of the Soviet authorities always terrified me. I always knew that such policy, cruel, shortsighted, and inhuman policy will have terrible consequences. Now we are seeing it, partially.

I also was very concerned about the way in which the idea about the much needed new Museum of the Siege of Leningrad was implemented in recent years in St Petersburg. In fact, the authorities have aborted the idea which was supported by the St petersburg population overwhelmingly. Aborted. They decided that there is no need for such a museum today. No need. It is telling, isn’t it? More than we would like to know, actually.

One more recent observation with regard to the Siege of Leningrad, from the ground. As it is known, Russia’s boss is propagating emphatically his personal connection to the tragedy of the Siege. It is a sacred matter. More sacred than it is sacred for anyone mortal, in their interpretation. So, this year, a couple of months ago, on the day of the ending of the Siege of Lening, the boss went to commemorate the date to St Petersburg personally. Fair enough.

There he is marching alone with his heavy security detail around, all the way in the memorial Piskarev cemetery, a very sober place for many.

The next day, we got the information and the photos of the picture which was not shown by the Russian official media. As it happened, the day of the ending of the Siege of Leningrad is a sacred day for many people there, especially of the elder generations. They also came to the Piskarev memorial with their flowers in hand. It was very cold on that day in St Petersburg, in the middle of January. All those people, many of them elderly and frail, were kept by a heavy guard, behind the cemetery gate – for hours in the freezing cold. Until the boss would not march conducting his own personal commemoration alone, by himself exclusively. The only person grieving the Siege of his city. Just one more telling detail about the matter of sieges.

As we speak, the priceless historical archives located in the city of Kharkiv have been burned to ashes completely, in a vandalism which prompted many international historians to lament ‘a total disaster for the historical research and its outcome’ for good.

The essence of a siege is that it is not just cuts off, suffocates, annihilates. It brings insuperable losses. It changes history. It inflicts qualitative changes at many levels simultaneously: life directly, nutrition, medical and water-deficiency suffering, freezing, moral humiliation, dehumanisation. First and foremost, dehumanisation – as big specialist and enthusiast of a siege application Boris Berezovsky who for some reason occupies himself with piano rendering, knows even better than some of the senior Russian military. What do they think the world would take them for, after ongoing sieges of the Ukrainian cities? We will take them strictly following their own implications: as a repulsive sadists who know how to torture pianos, as well.