Shavuot Under Fire: Art as an Instrument of Conscience

Art as an Instrument of Conscience

It was supposed to be an extraordinary Shavuot, from the matter of its incredible numerology and its meaning. This year the Shavuot marks the 3333d anniversary of the pivotal moment in the history of mankind, the giving of the Torah to the Jewish people. 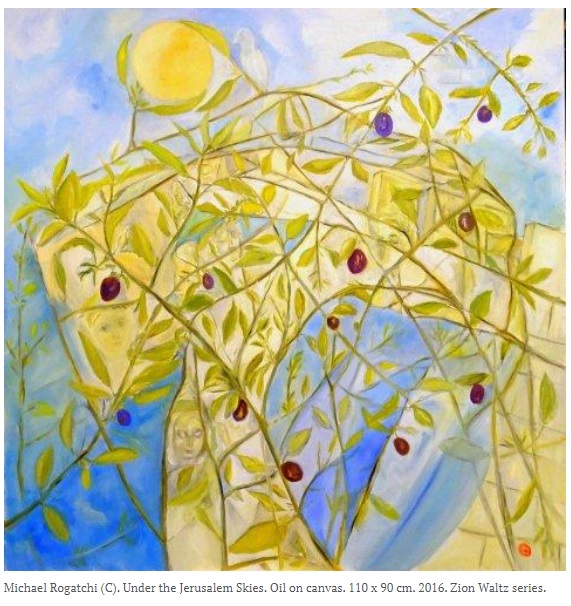 The moral code of a human being comes from the Torah and applies to anyone on this planet. This is without going into the depth and incredible richness of knowledge laying literally in every letter, not even a word or a phrase of the Torah.

So we were supposed to celebrate this unique Shavuot with this extremely special 3333 figure of its date these days. As it is known widely, number three, 3, is a corn-stone of Judaic thinking. It is not without a reason that we have three Patriarchs, that Noah had three sons, that we have three written in the Torah main religious holidays. It is also not without a reason that Moses had been ascending to the Sinai three times, and that the Jewish people after liberating themselves from slavery, had been instructed to prepare for receiving the Torah for three days.

Number three has a fundamental meaning. It is the foot-print of logic and completion. We live in the past, present and future, having three dimensions of time. Our life process unfolds in three stages: birth, life and passing. Any process in nature, and any process as such has three stages: beginning, middle, and the end. In geometry, the science loved by our sages because of its indisputable logic, it is namely a triangle that provides the most stable form, construction and shape. It is not without a reason that the symbol of the State of Israel has two triangles intertwined. Our Magen David is about many things, but it is also about in-deconstructability. Just saying. Continue Reading….