The Dreyfus Legacy of France 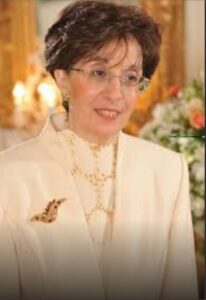 First, the disclaimer to make: I do like France very much. Its culture, its landscapes, its distinct style and charm. I grew up with admiration of France’s intellectual and cultural might, and it is an integral part of who I am.

I also have a family connection to France, and it places me on the inner level of appreciation.

Additionally, we have many wonderful family-like friends in France who are an organic part of my husband’s and mine lives.

And then comes the part of history. As sorry as I am to say it, the fact is that the history of France is nasty all the way, from the early settlements on the banks of Seine to the shocking news of the mockery of justice that we are stunned to see today.

The more one studies the history of France, the more chilled one is. I will not provide the full catalog of it because the list would be too long, and because the subject of this essay is not the observation of France’s shortcomings from a historical perspective.

The subject of this essay is boiling indignation.

In April 2017, a wild 27-year old monster from Mali intruded via balcony into the apartment of 65-year old teacher Sarah Halimi, the mother of three children, widow of a well-known psychologist, renowned for her kind and widely appreciated work in her school. Nice, kind, quiet, very likable woman.

The intruding monster attacks the woman who is three times older than him. He beats her severely leaving twenty-two — twenty-two — fractures in her small body. He screams ‘Allahu Akbar!’ attacking his defenseless victim. Then he throws her from the high Paris third floor balcony, to her death. He screams “ I killed the Shaitan!’.

As it has been chronicled in multiple, including official sources, the police did not appear in time despite many repeated emergency calls from many alarmed people. When the police appeared, they did not storm the apartment. They were waiting for the enforcement, they have explained later. Continue Reading….