The Flag of Israel: 7 Facts 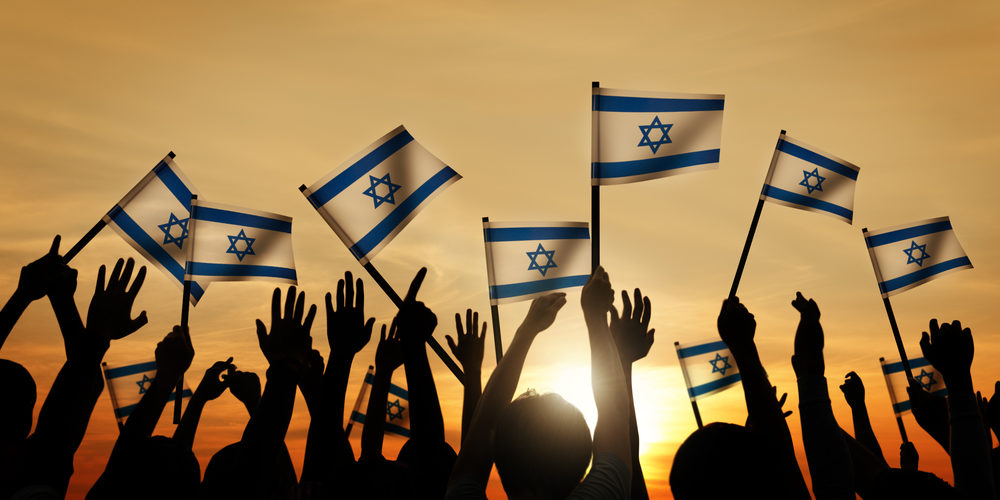 Israel’s beautiful flag seems so familiar, yet when it was adopted one fine October day a generation ago, it was only after months of intense debate. Here’s the story behind Israel’s national flag – and some facts about the hopes and hatreds that Israel’s flag has stirred through the years.

“At Basel I founded the Jewish State….”
In the late 1800s, most of the world’s Jews lived in Europe. Many were rapidly assimilating into wider non-Jewish culture – including one highly educated Jewish lawyer, Budapest-born Theodore Herzl. After earning his law degree at the prestigious University of Vienna in 1884, Herzl wrote plays and the occasional piece for newspapers and magazines. He’d written for the Viennese newspaper Neue Freie Presse, and in 1891 that paper asked him to travel to Paris and report on a military court martial of a Jewish officer there named Alfred Dreyfus.

When Herzl and his wife arrived in Paris, they could hardly believe the situation there: the charges against Captain Dreyfus were patently false, and his court martial was drenched in anti-Semitism. Dreyfus’ trial split France, stirring up intense hatred of Jews. Herzl had witnessed anti-Semitism in his homeland of the Austro-Hungarian Empire, but he’d thought that France, home of the French Revolution and the Declaration of the Rights of Man, would be different.

Herzl became convinced that Europe’s Jews were in grave danger, and that they urgently needed a homeland of their own. For millennia, Jews all around the world had fervently prayed for the moment when they could return to the land of Israel and once again dwell in their own Jewish country. Herzl decided to do all he could to make this dream a reality. After years of writing and meeting with Jewish leaders around the world, Herzl convened the First Zionist World Congress in Basel, Switzerland, in 1897. There, he and a succession of other Jewish leaders called for a Jewish country. One of the items they discussed was the makeup of a future Jewish national flag. Continue Reading…..