Enews: Studying in Israel during the Second Intifada 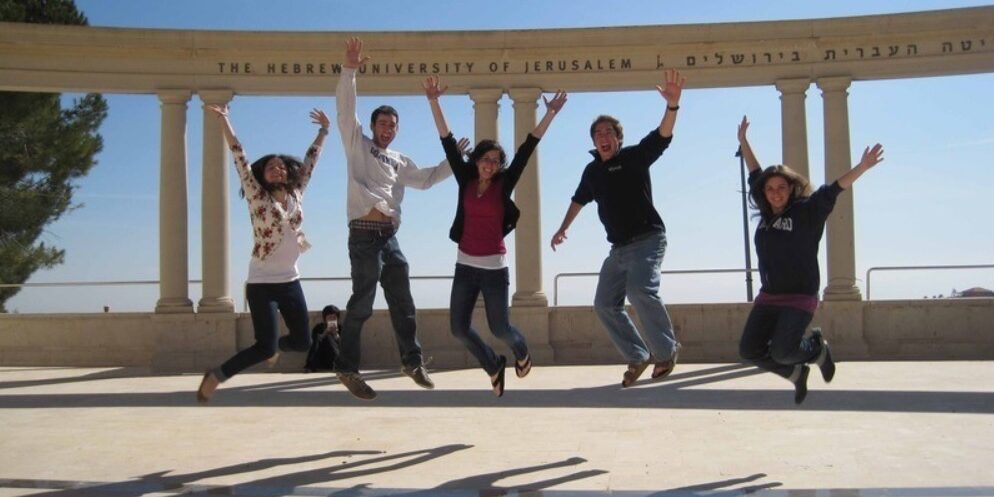 On June 10, 2000, I married my college sweetheart. We met when we were both working as youth ministers at a chapel right next to Louisiana State University. Three weeks after our nuptials, we moved to Beer Sheva, Israel. I still had two semesters left of college to finish my undergraduate degree, but I was going to Israel as part of an overseas student exchange program. My husband had finished his bachelors and was going to Israel as a medical student enrolled at the Medical School for International Health at Ben Gurion University. Young, poor, and in love—a wonderful phase of life—we put our wedding presents in my parents’ attic and boarded a plane to Israel.

Looking back, I can honestly say that I knew almost nothing about the modern state of Israel. We both had romantic notions of retracing the steps of Jesus in the new place where we would live and study. We understood that the programs that we were attending were considered first class and would be great steps forward for our education. But mostly, we were looking for adventure. My husband got a brochure in his P.O. Box at the LSU student union advertising the medical school in Israel and that was the first and last time that a piece of junk mail moved him to action.

When we started our Ulpan, Hebrew language course, Israeli Prime Minister Ehud Barak and Palestinian Authority Chairman Yasser Arafat were just returning from the Camp David Summit. As far as I understood, negotiating peace must be a good thing. I had no idea the history of modern Israel or any sense of the Israeli-Palestinian conflict. By the time we started our core classes, the country felt like it was in flames with the start of the Second Intifada.

Suddenly, news of suicide bombings felt like they punctuated every classroom discussion. I was in classes with Israeli Army reservists who were balancing their studies with incursions into Palestinian towns looking for terrorist cells. I could not go into a supermarket without having my bag checked for a weapon. At Shabbat dinners at the homes of our neighbors, we would hear whispers about new terrorist attacks on pizza parlors, nightclubs, bus stops, and hotel lobbies.

Before moving to Beer Sheva, I had majored in mathematics. But suddenly I did not care for mathematics classes. I had to understand what was happening around me. I signed up for every class that I felt could better explain the violence and chaos that I felt was encapsulating this tiny country. I was also simultaneously falling in love with the culture and faith of my Jewish friends, classmates, and neighbors. I wanted to know more about Judaism and the Jewish story. My Christian faith did not automatically help me intuit the Jewish religion but the more I learned about Judaism, the more I felt that my own faith was informed and enriched.

I have stayed on the same path to study and learn everything I can about the Jewish people, ancient Israel, modern Israel, and allowing God to speak to me about all of this through the scriptures. The friendships I formed around shabbat tables in Beer Sheva continue, and they were the seeds to the major alliances Jerusalem Connection has today with Israeli and Jewish partners.

Why am I telling you all this? I want you to know that my own Christian Zionism would be nonexistent if I had not gone to study abroad in Israel. I have committed the last twenty years of my adult life to supporting the Jewish state. But the small-town Louisiana girl who boarded that flight to Israel in July 2000 did not fully understand that Israel was a Jewish state, not until I saw an airplane almost full of large orthodox Jewish families. I was soon baptized in the fires of witnessing terrorism at close ranks, but that made a Christian Zionist out of me.

We at The Jerusalem Connection are so passionate about this new scholarship opportunity at Hebrew University because we have all been permanently changed by our own chances to study and live in Israel. Amy Zewe and Jim Hutchens have their own stories of being changed by their life experiences living in Israel for a time.

We are committed to sponsoring one student’s study abroad and we are asking for high caliber applicants who show not only academic abilities but a vibrant personal faith. The recipient will be selected by the Jerusalem Connection staff and board members. We believe that this student will go on to be part of the next generation of Christian Zionists in their perspective fields. We believe this student, once equipped with seeing the fulfillment of prophecy in Israel with their own eyes, will be emboldened to fight antisemitism when they return to their home campus. We believe this student’s own faith will be bolstered by walking the covenanted land with their own feet and seeing it with their own eyes.

We have been working closely with a representative of Hebrew University’s Rothberg International School for the last year. She has helped us identify needs and she will be supporting the student from the time they officially enroll in the Hebrew University program until the time they fly back, changed forever, to their home institution.

Over the last seventy years, Christian Zionists have given generously, in the hundreds of millions, to support Aliyah, aid victims of terror, and care for Israel’s poor. Jerusalem Connection has been deeply involved in all of these needs and remains involved. Scholarships for American students to study in Israel is a new venture for us but we see it as high need and within our mission of fighting the new rise of antisemitism particularly coming out of American universities.

Please consider giving to this worthy cause! And if you have a undergraduate student in your life that you encourage to apply for the scholarship, have them visit our scholarship page to apply.