We need to stop blaming Bibi for electoral deadlock 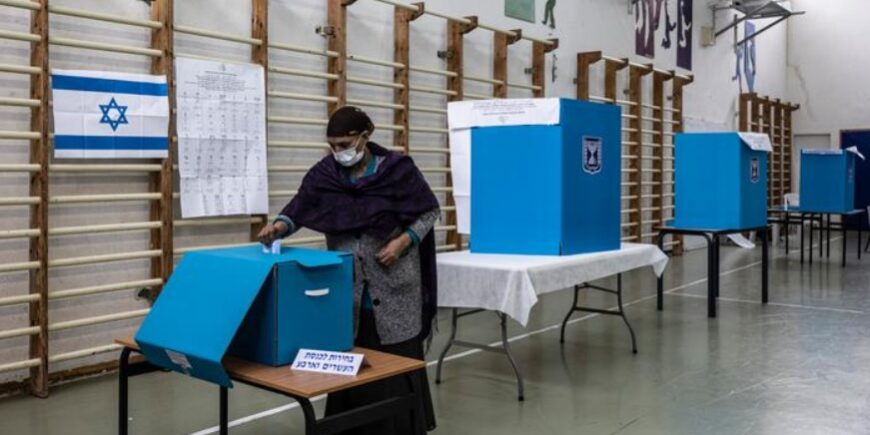 For the past two years, Prime Minister Benjamin Netanyahu’s detractors have claimed that if he would only get out of the way – resign, retire or expire – the problem of electoral impasse would instantly be solved. The bulk of the media and left-wing public began chanting the mantra after elections for the 21th Knesset on April 9, 2019. Yet it was actually Yisrael Beytenu Party leader Avigdor Liberman who created the first deadlock.

A member of the Right, Liberman had vowed to support Likud. As soon as the votes were in, however – and Netanyahu needed Yisrael Beytenu to secure a victory over the “anybody-but-Bibi” bloc led by Benny Gantz – Liberman suddenly reneged. Nor did he jump on Gantz’s Blue and White bandwagon.

With neither side able to form a government, a second round of Knesset elections was scheduled and subsequently held on September 17 of that year. This time, Blue and White garnered one seat more than Likud, but with no chance of cobbling together a coalition. Again, had Liberman joined his political camp, Netanyahu would have been able to form a government.

Three months later, on December 26, the Netanyahu naysayers claiming that his popularity had run its course were left with egg on their faces when he won the Likud primary by a landslide. This democratic reaffirmation of his party leadership took place just over two months before the third round of Knesset elections on March 2, 2020, which coincided with the onset of the coronavirus pandemic.

THIS TIME, voters (some of whom had contracted COVID-19 and were provided special polling stations in protective tents) gave Likud a greater number of mandates than Blue and White, but still not enough for Netanyahu or Gantz to form a coalition. After weeks of wrangling, Gantz finally agreed to enter into a national-unity government with Netanyahu.

The arrangement greatly angered the anybody-but-Bibi crew that he was selected to represent. Those most livid were not really his champions per se; they were a diverse bunch with different political affiliations who had come together for the sole purpose of defeating Netanyahu.

The minute that Gantz sealed the deal with their nemesis, the small parties that made up Blue and White splintered off into their original factions. The move returned Likud to its legitimate status as the largest party in the Knesset, and crowned Yesh Atid chairman Yair Lapid as king of the opposition.

The trouble didn’t end there, of course. In exchange for consenting to join the coalition, Gantz had demanded and received a huge number of important portfolios, including the defense and foreign ministries. The incredibly bloated government, courtesy of the public’s tax shekels, was particularly enraging under the circumstances, with lockdown-spurred layoffs already beginning to take their toll.

To make matters worse, after Lapid and the others ditched Gantz for what they considered to be his “betrayal” of the sole mission that they had anointed him to accomplish – “kicking Bibi out of Balfour” (the street name of the Prime Minister’s Residence in Jerusalem) – Blue and White’s small size certainly didn’t warrant so many ministries. More importantly, Gantz and his team simply weren’t in Netanyahu’s league. Continue Reading….