Arabs: A Warning to Biden about Iran’s Mullahs 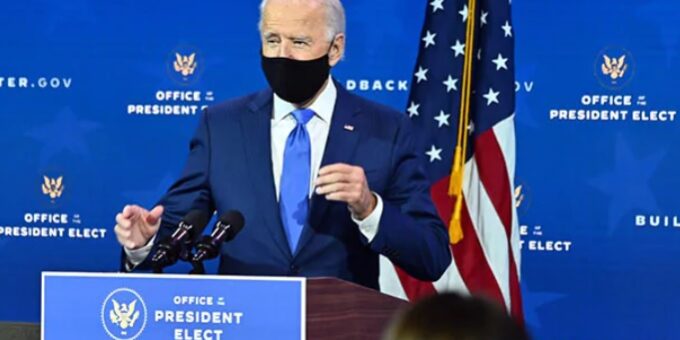 The Biden administration has decided to extend for another year the “national emergency” (Executive Order 12957), issued in 1995 in response to the threat Iran posed to the national security, foreign policy and economy of the US.

The Executive Order imposed a series of sanctions against Iran in response to its support for international terrorism, its efforts to undermine the Middle East peace process between Israel and the Palestinians, and its acquisition of nuclear weapons.

Last week, the White House announced that the “national emergency” must continue beyond March 15, 2021. It quoted President Joe Biden as saying that Iran’s actions continue to pose an unusual and extraordinary threat to the US. Iran, he added, continues to develop missiles and other asymmetric and conventional weapons capabilities. He also accused Iran of continuing to support terrorist groups throughout the world.

The U.S. president pointed out that Iran is continuing the “proliferation and development of missiles and other asymmetric and conventional weapons capabilities, its network and campaign of regional aggression, its support for terrorist groups, and the malign activities of the Islamic Revolutionary Guard Corps and its surrogates.”

President Biden’s decision to pursue the sanctions against Iran, however, has failed to reduce the fears of many Arabs. They say that they remain skeptical about Washington’s policy toward the threats posed by the mullahs in Tehran.

“He should not make any concessions that do not serve stability in the region. Iran will continue with its tricks and deception to avoid sanctions and attempts to stop it from possessing a nuclear bomb that would pose a danger to countries in the region.”

“Iran is an evil, terrorist, and rogue state, and it does not abide by what is agreed upon with it. Iran plants its proxies in most countries of the region to create chaos and consolidate its agenda and expansionist goals. There is no better option than using force with this terrorist state to force it to respect international conventions and obligating it not to harm its neighbors, which is what we expect from the Biden administration in order to maintain the security and stability of the region.”

Emirati political analyst and academic Dr. Salem Hameed warned the Biden administration against allowing itself to be deceived by the mullahs in Tehran.

Hameed expressed fear that the Biden administration would return to the Joint Comprehensive Plan of Action (JCPOA), known commonly as the Iran nuclear deal, which was signed in 2015 only by the five permanent members of the United nations Security Council – China, Russia, Britain, France, the US – plus Germany and the European Union. The Iranians never signed the JCPOA deal.

“The current Iranian ploy aims to delude the American side into believing that Tehran wants to return to the agreement, but it cannot make concessions due to street pressure, so it needs Washington to drop the sanctions before starting any negotiations,” according to Hameed. Referring to the countries that signed the deal, Hameed added:

“Perhaps these countries, in order not to plunge the region into chaos, should develop continuous, unchanging strategies, because countries such as Iran take advantage of the pre- and post-election transitional state to rearrange their plans. With regards to Iran, it wants to pursue its goal of achieving nuclear weapons that threaten the region and the world.” Continue Reading….