Following a dramatic Tuesday night and after some 87% of the votes had been counted as of Wednesday morning, Prime Minister Benjamin Netanyahu and his Likud party appeared close to victory – although his fate still depends on Yamina leader Naftali Bennett.

The right-wing bloc of Netanyahu supporters currently has 52 mandates; the Center-Left bloc has 56 seats, but Yamina’s seven seats, and now Ra’am’s five seats, could go to either bloc to give it the majority it needs.

Shortly after the exit polls were released, Bennett said, “I will only do what is good for the State of Israel.” He did not elaborate further.

Voter turnout on Tuesday was particularly low – only 66.9% – marking the lowest turnout in the past four elections.

The results after 89% of the votes have been counted on Wednesday morning were as follows. Continue Reading…. 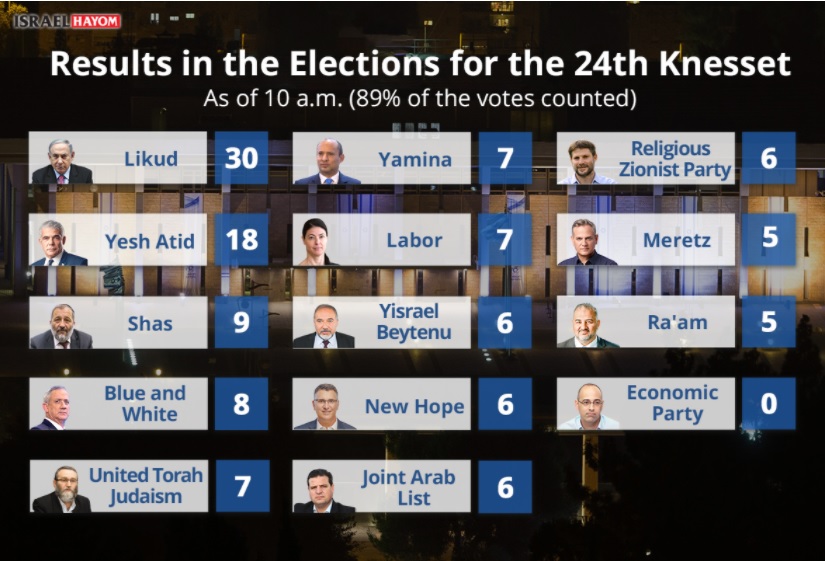