How do Israeli elections work? 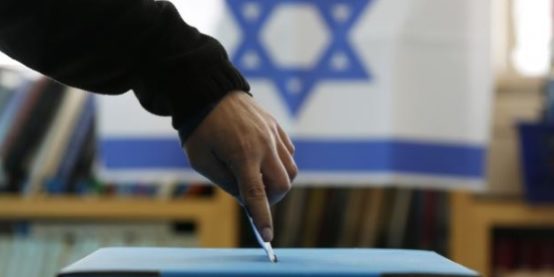 On December 22, 2020, Israel’s coalition government with two prime ministers dissolved after the Knesset failed to pass a state budget. The coalition had survived for eight months after a series of postponed deadlines for agreeing on an Israeli budget. However, the final legal deadline to pass a budget expired, and now Israel is headed for its fourth election in two years on March 23, 2021.

From an American perspective, the countless elections, political rivals sharing the office of prime minister, and elected officials surviving their elected term based on the state budget is nothing less than bizarre. This begs the question for many of us on the peripheral: How exactly do Israeli elections work?

Parliamentary Democracy
The state of Israel is a parliamentary democracy, a form of government in which the executive power receives its legitimacy from a democratically elected legislature. Within Israel’s executive branch are a prime minister (the head of government) and a president (the head of state). In addition to a legislative and executive branch, there is a judicial branch, whose powers and responsibilities are conducted independently of the other two branches.

The citizens of Israel make up the electorate, who vote in members of the legislative branch, formally known as the Knesset (Hebrew for “gathering”), every four years. Instead of voting for candidates, the people vote for a party. The resulting 120 seats of the Knesset are assigned by party and proportionate to the number of votes each received.

Forming a Government
Once the parties are elected, the 120 elected officials recommend to Israel’s president the person they desire to be the prime minister to form the Israeli government. It is not the number of votes a party receives that determines which candidate for prime minister gets the first chance at forming a government. Rather, the person with the most recommendations from the 120 elected legislators receives the opportunity. Once the communal recommendation is made, the president asks the choice candidate for prime minister to form the government.

The chosen candidate then has 42 days to form a majority government (which requires a minimum of 61 of the 120 elected candidates). Interestingly, no party has ever received a majority of votes (excluding the Labor Party merger in 1969). Therefore, a coalition of parties has been operating in every Israeli government formed to date.

Maintaining a Government
Coalition governments are fragile and hard to maintain. Before Israel’s last coalition agreement collapsed, the majority government had 73 legislators made up of two-party blocs: the Likud bloc (54 seats split between 5 parties) and the Blue and White bloc (19 seats split between 3 parties). The remaining 47 seats were the Opposition, split between 6 parties.

Now that the government has failed to create a state budget, an integral part of sustaining a coalition agreement, the government has collapsed, and new elections are needed to begin the process all over again. The challenge to find a productive, unified leadership will be arduous, and there is no guarantee Netanyahu will remain prime minister. New challengers have emerged that will make this historic fourth election within two years especially interesting.