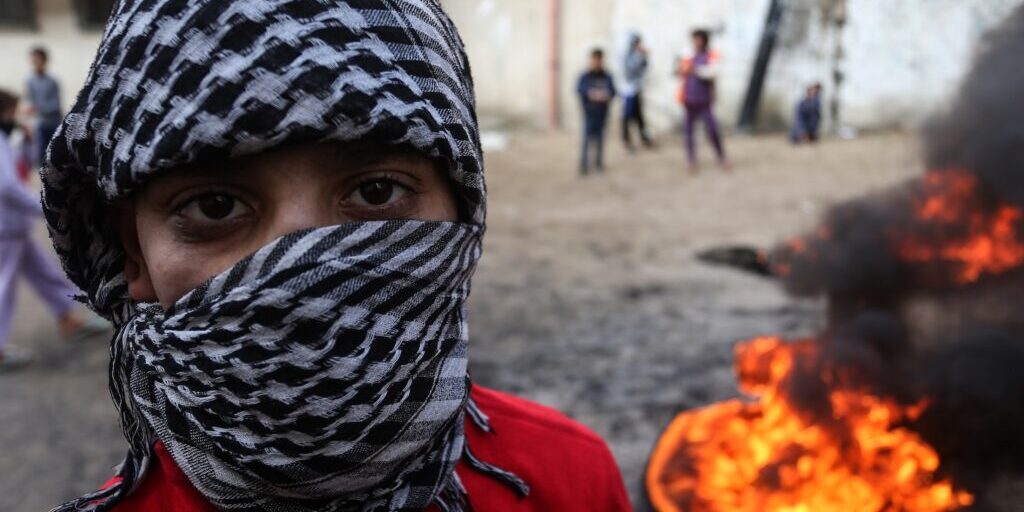 The world marked another International Day Against the Use of Child Soldiers just a few weeks ago on February 12. Yet the Palestinians repeatedly violate this worthy United Nations and UNICEF-sponsored goal in their textbooks.

Shaping young minds with erroneous history and facts is a mental “blunt instrument” that diminishes the bright minds and futures of Palestinian children. How does that happen? By filling these impressionable students with hatred against Israelis—using deliberate misinformation in textbooks—they hope to influence them to become human weapons against the Jewish population.

Responsibility for such disturbing activity lies at the feet of the Palestinian Authority (PA) and the United Nations Relief and Works Agency for Palestinian Refugees (UNRWA). Instead of training children to grow up in peace, these two entities call for them to “defend the motherland with blood” and to “annihilate the remnants.”

Israel’s Institute for Monitoring Peace and Cultural Tolerance in School Education (IMPACT-se) pioneered what they call textbook analysis, not only in Palestinian textbooks but those in other cultures and nations. After studying more than 150 Palestinian textbooks, this non-governmental organization published a recent report finding evidence of incitement and violence against Israel and the Jewish people. UNRWA, which promised by September 2020 to remove all the dangerous teaching, has not completely kept their word.

In fact, UNRWA has been distributing home study materials to Palestinian families that do anything but promote peace. Special packets were disbursed during the coronavirus shutdowns. In fact, they were found to violate UN standards, UNESCO guidelines, and UNRWA’s own stated principles. They claimed it “mistakenly” gave children textbooks calling for jihad.

But clearly, the PA and UNRWA are still setting children on a path of bitterness and danger.

As part of its study, IMPACT-se has compiled examples that promote martyrdom and violence against their “enemy” Israel. For instance, a reading comprehension story describes a Molotov cocktail on a bus full of Jewish civilians, calling it a “barbecue party.”

The UNRWA books also include distorted maps in a seventh-grade textbook. The maps remove Israel—calling it only “Palestine”—with its borders listed as Lebanon, Syria, Jordan, and Egypt. In reality, while many nations view “Palestine” as a country, under international law it is not yet legally a state since it has not met all the prerequisites.

IMPACT-se CEO Marcus Sheff pointed out about UNRWA: “It does not appear that the organization is institutionally capable of fulfilling its basic duty of care to the children in its schools. Donor countries need to start asking much more pointed questions of UNRWA if they want to stop financing this ongoing hate teaching.”

Donor countries are doing just that—including Canada, Norway, the European Union, and others. For the last few years, many have already reduced their donations to UNRWA. Since the IMPACT-se report came out, member nations are again questioning, reducing, or stopping their financial aid altogether. During the Trump presidency, U.S. funding was stopped. However, the Biden administration is set to reinstate donations to UNRWA and the PA. Continue Reading….