Wanted: Christians to declare to the World Council of Churches ‘not in our name’! 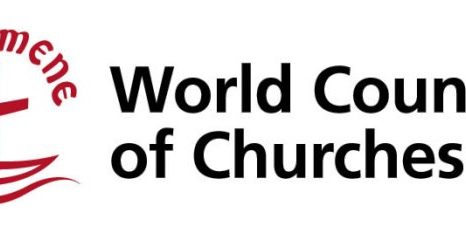 The World Council of Churches (WCC) has put on its theological anti-Semitic brass knuckles in its long-standing war against the Jewish State. The time has come for Christians to declare “Not in our name.” For their good, more than ours.

Rev. Frank Chikane, moderator of the WCC’s Commission of the Churches on International Affairs, lost no time in a recent Zoom call to ask Christianity to revert to its worst medieval Jew-hatred. For those who will not work towards delegitimizing the entire system (aka the State of Israel) that facilitates daily “brutality” against Palestinians, he intoned a curse, “The blood of the people of Palestine will be upon them.” This was an obvious reference to Matthew’s “His blood be upon us and on our children!” These words were used for centuries to prop up the charge that it was specifically Jewish sin – not the sins of all humanity – that caused the Crucifixion. That charge of deicide was the most important source of violence against Jews, persisting till today. Rev. Chikane is not concerned that his words might inspire violence, since he regards the potential targets not as human but as “demons,” the same demons responsible for apartheid in his South Africa. And it’s worse this time, he said, because these demons have invited other demons to make the Palestinian struggle more difficult.

“Every day people get killed” – a blatant fabrication, unless he means those who are stopped in their attempt to thrust knives into Israeli civilians. He had not a single syllable of criticism for those, nor the ones who try lobbing rockets into Israeli kindergartens.

Rev. Chikane didn’t invent the WCC’s anti-Israel policy, he just upgraded and supercharged it with New Testament imagery. Just three years after Auschwitz, the WCC – which claims 500 million Christians in its affiliates – chose not support the establishment of the Jewish State in 1948, warning instead that its political complexity might invite more global anti-Semitism. In the decades since then, they have strived mightily to convert their analysis into prophecy. It’s reaction to the Jewish state’s astounding Six Day War in 1967, when it defeated surrounding armies whose announced intention was to drive the Jews into the sea, was to blame Israel for the immediate threat of annihilation by its neighbors, Egypt, Syria, and Jordan. Israel was faulted for allegedly inspiring the fears of its neighbors because of Israel’s “dynamism and possible expansion.” If those darn Jews hadn’t been so successful in nation-building, their neighbors wouldn’t have to murder them

In the ‘1970’s and ‘80’s, the WCC’s contempt for Israel continued apace. Regularly, it condemned Israel, while failing to criticize Arab terror attacks. By the time of the Second Intifada, its rhetoric had become so routinely one-sided that it seemed to support Palestinian violence against Jews.

Perhaps the worst public display on the international stage of its animus towards the Jewish people was at the notorious United Nations Durban Anti- Racism Conference in 2001 that was supposed to tackle all forms of racism and persecution around the world, but degenerated into a hate-fest against Israel – and Jews. Some of us who attended were physically attacked and abused; we were told by security that they could not guarantee the safety of any Jew. A lone resolution was introduced that condemned attacks on synagogues and violent anti-Semitism. The resolution, however, was defeated after a WCC delegate spoke forcefully against it before the gathered representatives of 3,500 Guardians of Civil Society. In fact, the body of resolutions that were passed were so toxic, that US walked out of the Conference. The years that followed tragically testified to the diabolic potency of what happens when attempts to protest murder and mayhem against Israeli civilians, and Jews and their synagogues around the world are drowned out by a pernicious double standard silenced by the double standard and disregard of Jews, led by the likes of the WCC.

The WCC’s moral failure is not limited to Israel, however, and that is why it is a danger to those who take their Christianity more seriously than something to use as a political football. For decades, the WCC was soft on any problems coming from the third-world, post-Colonial countries. So, while they were busy doubling down on Israel, there was little or no criticisms of the truly brutal regimes in Cuba, North Korea, Venezuela, China, and Iran. The Soviets used influence to ensure that the WCC did not criticize its invasions of Afghanistan and Czechoslovakia. Russia’s 70-year long war on all religions did not disturb the sleep of the WCC. When Islamic extremists kept blowing up Coptic churches in Egypt, traumatized Copts said that WCC apparently too preoccupied with Israel to give them support.

The WCC’s moral blindness means that it serves as an expression of Christian love about as successfully as ISIS can raise the banner of Islamic compassion.

Jews and Israel have, with the help of G-d, survived far more formidable enemies than the WCC and Frank Chikane.

We do not seek a moral blank check for the State of Israel. Criticize its policies til you get laryngitis. But we will not stand idly by when the WCC deploys the same imagery that led to pogroms, the blood libel and the Nazi Holocaust!

We have said our piece. Now we await Christians from all denominations to raise their voice to declare that such hate is uttered, “Not in our name!”