What signals is Biden sending about his Middle East policy? 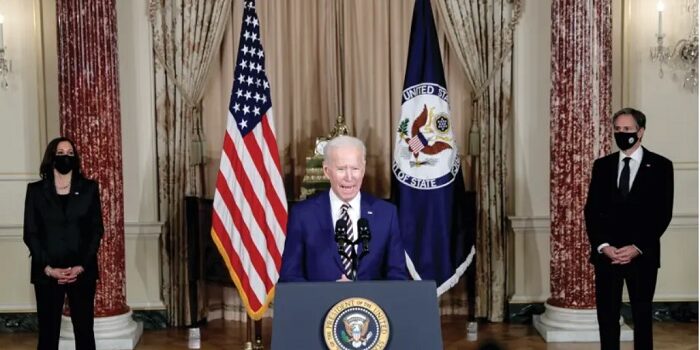 “You never get a second chance to make a first impression,” Will Rogers once quipped, a remark as true in diplomatic relations as in personal ones.

Which is why the first weeks and months of a new American administration are so important: they set a tone, they create those first impressions that people take with them, become ingrained and are later difficult – though not impossible – to alter.

The first impressions that former president Barack Obama left on Israel were largely negative, traveling during his first 16 weeks in office to Turkey, Saudi Arabia and Egypt, but pointedly bypassing Israel. That itinerary said much about the administration’s break with the previous one, and how Washington under Obama was readjusting its foreign policy.

The first impression Donald Trump left on Israel was positive: Prime Minister Benjamin Netanyahu was the third call he made to a foreign leader after taking office, a signal that the icy relationship that existed between Netanyahu and the Obama administration was a thing of the past. That set a hopeful tone going forward.

Netanyahu, as of Thursday, was still waiting to hear from new US President Joe Biden.

There may be many good and valid reasons why Biden has called the leaders of a dozen other countries before phoning Netanyahu. This could be because Biden has so much on his plate – the pandemic and racial issues at home, and China and Russia to deal with abroad – that the Mideast is simply not a big priority for his administration. Besides, it is not only Netanyahu who has not received a call yet from the US president; neither has any other leader in the Middle East.

Or it could be that the Biden non-call has to do with the Israeli election campaign, with the new president not wanting to get sucked into the campaign and have a call used by Netanyahu’s camp to help his campaign. Continue Reading….