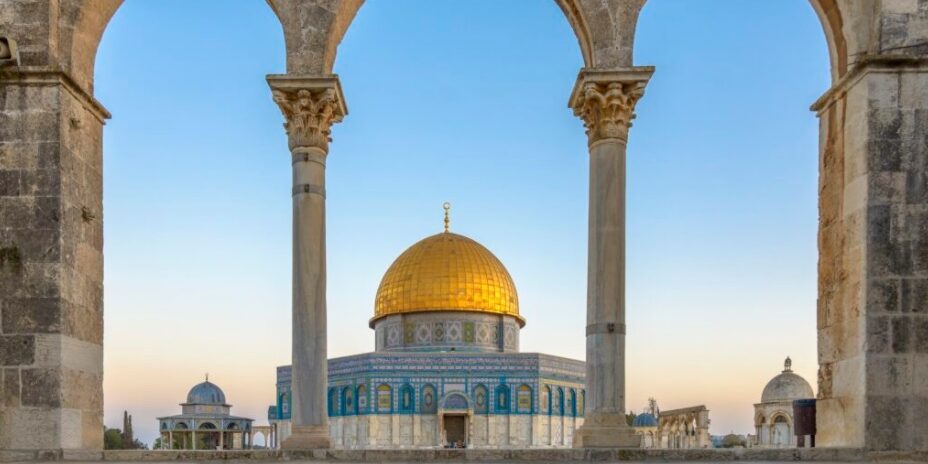 Three thousand years of recorded history sit atop, around, and below the Temple Mount in Jerusalem, Israel’s capital city. The 37-acre trapezium-shaped platform rises 2,400 feet above ground. Judaism’s holiest site, the Western Wall (Kotel in Hebrew), is on the southwest side. Built by King Herod during Roman occupation, it’s one of the outer retaining walls, with limestone block upon limestone block reaching a height of 60 feet.

The Western Wall Heritage Foundation notes that this sacred site is visited by upwards of 12 million people annually. It is often the first place Christians want to visit. That held true for me in 1990 on my first trip to Israel and for many trips afterwards.

One of my favorite hours to visit the Kotel is at night, when neither Jews nor Christians crowd the plaza. Reaching out to push my tiny prayer paper into an already-crowded crevice, I lean my forehead against the stones. I’m filled with awe as I picture our Lord Jesus walking the Pilgrim Road up to the Temple to teach and celebrate the Jewish feasts. Jerusalem holds His invisible footprints. The quiet of the evening adds to moments of peace, as I breathe in the Jerusalem air that is sown with thousands of years of prayers and history.

Millions of Christians have joined with countless generations of Jews in drawing deep spiritual meaning from praying at the Kotel on one side of the Temple Mount. Yet why does it remain such a disputed area? Like all things in Israel, complexity and conflict are woven into an intricate yet holy history.

Here’s a brief look into just a few points of that history. The three monotheistic religions—Judaism, Islam, and Christianity—fasten the 37-acre platform to their faiths for varying reasons and are protected by Israel’s religious freedom. Christians honor the Temple Mount because our Jewish Savior Jesus taught in and around the Second Temple during His earthly life. For Muslims, the mount (Arabic: al-Ḥaram al-Sharīf) is said to be the spot where their founder Mohammed arrived after journeying from Mecca to Jerusalem—and from which they believe he ascended to heaven.

In Jewish hearts and prayers, conquests by Babylonians, Romans, Turkish Ottomans, and others could never dim the holiness of this sacred place. The Temple Mount (Har HaBáyit) and Western Wall (Kotel) have been revered for three millennia in Jewish thought and emotion.

The God of Abraham, Isaac, and Jacob is the final authority, transcribing His words through Jewish minds and hands in the Old and New Testaments. In a conversation between God and Abraham in Genesis 17:19, God codified His eternal real estate deed: “Sarah your wife shall bear you a son, and you shall name him Isaac; and I will maintain My covenant with him as an everlasting covenant for his offspring to come.” In modern times, the historical facts have been proven repeatedly by archaeology’s considerable discoveries. Continue Reading….