Is COVID-19 mutating into antisemitism? 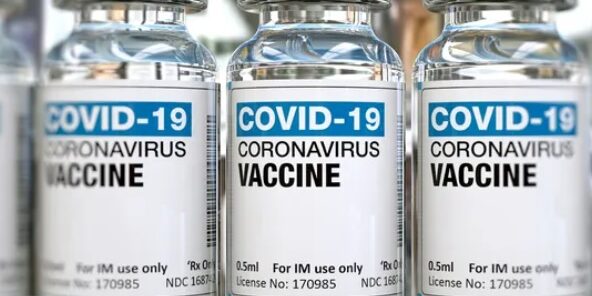 It’s a tale nearly as old as the Jewish people, one that stretches back to the dawn of our existence as a nation. Targeted by unimaginable hatred, singled out for bizarre and often self-contradictory conspiracy theories, Jews have time and again seen antisemitism flare up throughout history.

Sadly, in this regard, the coronavirus crisis is proving to be no different, as the dreaded illness wasted little time before mutating into yet another classical and deadly variant: the fear and loathing of Jews.

In its annual report on global antisemitism published earlier this week ahead of International Holocaust Remembrance Day, which was marked on January 27, the Diaspora Affairs Ministry highlighted the increasing exploitation of COVID-19 by anti-Israel and antisemitic extremists around the world to stir up malice toward Jews.

Using themes taken straight out of the medieval playbook of European antisemites, various extremist groups on both the far Left and the far Right, as well as rogue regimes such as the one in Tehran, have been blaming the Jews and Israel for the virus.

Reading through the report is a sobering experience if only because it demonstrates just how pervasive and extensive antisemitism can be – cutting across social, religious and ethnic lines as well as national borders.

And while the various lockdowns and quarantines imposed worldwide due to the virus led to a sharp drop in physical attacks against Jews and Jewish institutions in 2020, for the simple reason that even the haters were forced to stay at home, it seems to have had the opposite effect on attitudes and beliefs vis-à-vis Jews. So much so that the report predicts that, “the rising rates of antisemitic sentiment are expected to lead to a significant increase in violence against Jews and Jewish sites in 2021.”

“Jews, Zionists, and Israel are accused of having created, spread, financed and used the virus to expand their global domination, impose a New World Order, but also as a means for profit,” the study notes, adding that some have gone so far as to allege that COVID-19 is a biological weapon funded by Jews.

Anti-Israel activists have even created and sought to popularize the hashtag #COVID1948 to compare Zionism and the creation of the state of Israel with the spread of the pandemic.

This sinister line of thought has infected people on both sides of the political spectrum, ranging from white supremacists and neo-Nazis to proponents of BDS and Antifa. In other words, even people with diametrically opposite world views who despise each other are united in the belief that Jews are to blame for the coronavirus crisis. Continue Reading…..