The Palestinian Plan to Dupe the Biden Administration 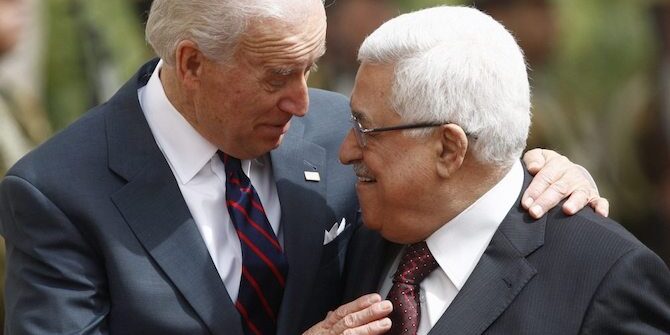 One week after he entered the 17th year of his four-year term in office, Palestinian Authority President Mahmoud Abbas finally announced new parliamentary and presidential elections, scheduled to take place in May and July 2021.

His announcement was carefully timed to coincide with the inauguration week of President Joe Biden and in response to immense pressure from the European Union.

Abbas’s announcement, which many Palestinians take as seriously as they would take the alleged sighting of a UFO, is part of an attempt to curry favor with the Biden administration and the EU.

There is only one word to describe Abbas’s announcement: deception.

The proposed Palestinian elections are part of a scheme designed to deceive the international community, specifically the US and EU, into believing that the Palestinians are serious about implementing major reforms, ending financial and administrative corruption, and engaging in another peace process with Israel.

Abbas, who boycotted President Donald Trump’s administration since December 2017, is hoping that the Biden administration will, among other things, resume financial aid to the Palestinians and the United Nations Relief and Work Agency for Palestine Refugees (UNRWA); reopen the PLO diplomatic mission in Washington, DC., and cancel the US recognition of Jerusalem as the capital of Israel.

Perhaps the 85-year-old Abbas called for elections because he wants to retire and spend his time playing with his grandchildren. Better not count on that.

Not only does Abbas have no plans to depart from the political scene anytime in the near future, he is even said to be considering running in the presidential election, if and when it takes place on July 31.

There is one reason, and one reason only, why Abbas is now talking about holding general elections: to continue milking the cash cow he has in the form of American and European governments. Abbas wants the money to ensure his continued dictatorial rule over the Palestinians.

He knows that without money from the US and EU, his regime would not survive for one day. Abbas also knows that without Israel’s security presence in the West Bank, Hamas and his political enemies would easily remove him from power.

Abbas is trying to show the Biden administration and the Europeans that he is not an autocrat or an illegitimate leader whose tenure ended in January 2009.

In addition to money, Abbas is apparently hoping that his election farce would persuade the Americans and Europeans to support his plan to hold an international conference for “peace” in the Middle East.

Abbas does not want to return to direct negotiations with Israel: he knows that Israel cannot comply with 100% of his demands (a full withdrawal to the pre-1967 lines and the “right of return” for “millions” of Palestinian refugees and their descendants to Israel). Continue Reading….