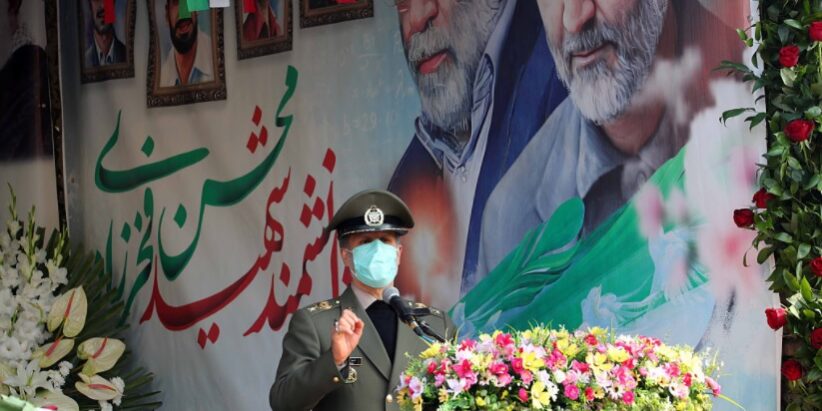 On February 11, 1979, the authoritarian ruling monarchy of Iran became a relic of the past. That day, the exiled Imam Ayatollah Khomeini was greeted with overwhelming public joy. In April, a national referendum officially proclaimed it the Islamic Republic of Iran, locking in the power of the Imams who devoutly adhered to “Twelver Shiism.”

Little did Iran’s citizenry or, indeed, the world realize that Twelver Shiism, the largest branch of Shiite Islam, would set into motion a theocracy as the driving force to welcome in the Twelfth Imam, the “Hidden Imam.” Twelvers call him the Mahdi and view him as their coming Messiah who will set up a worldwide caliphate. Some believe he will even return with Jesus to bring peace into a world of chaos and war.

On November 4, 1979, during Jimmy Carter’s presidency, the 444-day Iran hostage crisis began—a shocking crisis for America and the world. Television captured the appalling moment when 52 American staff were led out of Tehran’s U.S. Embassy by hundreds of gleeful Iranian students, members of the Muslim Students of the Imam Khomeini Line. Finally, the hostages were set free on January 20, 1981, the day of President Ronald Reagan’s inauguration. Since then, the emboldened Shia Twelvers have advanced their apocalyptic goals, laying the groundwork for the return of their Mahdi.

Up until the 1979 Iran Revolution, Israel and Iran had for 30 years shared a generally congenial relationship, including many cooperative initiatives based on each nation’s varying situations after the Cold War ended. Jews, among our favorites Esther and Mordecai, had lived in Persia (Iran) for 2,700 years, considering it a refuge under its ruler Cyrus the Great (sixth century B.C.), who freed the Jews from Babylonian captivity. That cordiality changed with the Shia Islamic revolution, where hatred became the Imam’s predominant disposition towards Israel.

As time passed, Iran’s quest for nuclear weapons went into overdrive. The Imams and their elite Iran Revolutionary Guard Corps (IRGC) have run a tight ship. Their dictatorship has produced international terror, including threats to destroy Israel and the United States and now calls for assassinating President Trump. In their Shia theology, they say they want peace, but they are now the world’s leading state sponsor of terror. In fact, some experts believe Iran might use nuclear weapons to bulldoze a path for the Mahdi’s return. Continue Reading….