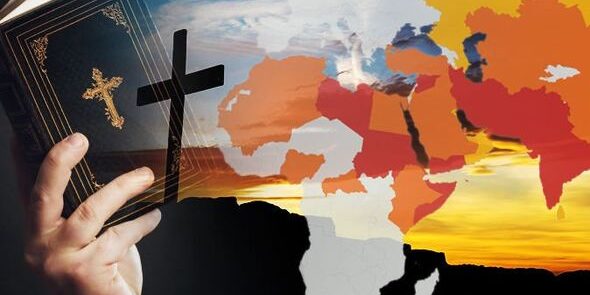 As we enter a new year, religious persecution will undoubtedly continue to impact millions across the globe, with such atrocities as Nigeria’s Christians being massacred, China’s Muslim Uighurs enslaved, and Jews murdered in their synagogues. For three years, an organization called Church in Need tracked Christian persecution in particular saying in their 2017 report, “Anti-Christian persecution is worse than at any time in history.” The 2020 numbers are now estimated at 260 million and growing.

Purveyors of persecution use numerous methods, which can include everything from media slander and banning Bibles to razing houses of worship, secret police harassment, imprisonment, and mass murder. Worldwide, Jewish communities have been the targets of unbridled hatred for centuries, while Christian persecution is considered to be at its highest levels and other faith communities continue to be threatened.

The United States Commission on International Religious Freedom (USCIRF) keeps track of such atrocities, with 14 nations at the top of its list—among them China, North Korea, Iran, Nigeria, Saudi Arabia, and Syria. Gary L. Bauer, a commissioner at USCIRF and the President of American Values, has actively spoken out against anti-Semitism and advocated for Christian minorities in the Middle East. He observes, “It is not an accident that persecution of Christians and Jews is increasing around the world. Judeo-Christian civilization is hated and under siege from both God-less communism and radical Islam. Even in Europe and here in the U.S. there are growing threats to religious liberty.”

Thankfully, the United States and Israel rest on a solid foundation of Judeo-Christian principles they can call upon when challenges arise. The United States enshrined religious freedom in our Constitution’s Bill of Rights. Israel embedded religious freedom in its Declaration of Independence when it became a modern Jewish state in 1948. Israel’s Basic Laws—which enumerate the country’s fundamental rights—protect “freedom to practice or not practice religious beliefs, including freedom of conscience, faith, religion, and worship, regardless of an individual’s religion.”

In addition, Basic Law designates Israel as a “Jewish and democratic state.” Israel also recognizes its patriarchs in the Declaration: “The State of Israel … will be based on freedom, justice and peace as envisaged by the Prophets of Israel.” International human rights covenants are incorporated into domestic law that applies to both citizens and non-Israeli residents, alike. Continue Reading….