Amid pandemic, Chabad’s largest Hanukkah campaign yet to reach 8 million 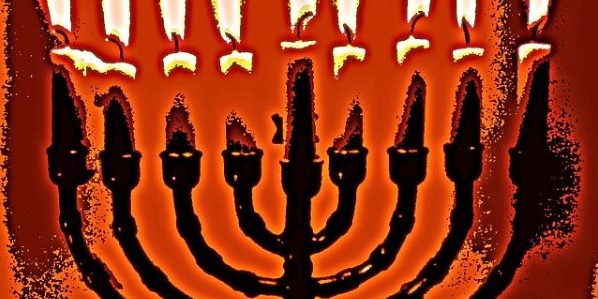 One night in early November, Vienna exploded with the sharp cracks of automatic gunfire. An Islamist terrorist had struck the Austrian capital. By the time police neutralized him, he had murdered four and injured 23, leaving the cobblestone streets of old Vienna stained with blood.

The gunman had marked all Austrians as potential victims, killing indiscriminately, yet his rampage began outside the city’s Stadttempel, the only Viennese synagogue to survive Kristallnacht and Nazi rule. Even though the synagogue and adjacent offices were shuttered at the time, the attack harkened back grimly to the 1981 Vienna synagogue shooting, when terrorists killed two and injured 30 on the same spot.

“It was terrifying,” says Eliyahu Medvinskyy, a 34-year-old husband and father in the Vienna Jewish community. “It broke 40 years of peace here.”

It didn’t help that the surprise attack came the night before Austria was set to enter a second coronavirus lockdown, further clouding an already dark year. All of this, says Rabbi Mottel Segal, co-director of Chabad-Lubavitch House in Vienna’s Second District, underscores the vital importance of the impending holiday of Hanukkah, which begins this year on Thursday evening, Dec. 10, and runs through Friday, Dec. 18.

“It’s not just about making sure we can celebrate Hanukkah as usual,” explains Segal. “People here are shocked, afraid. We saw darkness. Now we need to light up Vienna with the light of the Hanukkah menorah as never before for the Jews of Austria and for all of its people.”

The heightened sense of urgency to share the message, spirit and hope of Hanukkah like never before is not unique to Vienna. In a year that has seen quarantines, illness and death, closures and business collapses, all amid an overwhelming sense of sheer confusion and even despair, the Chabad-Lubavitch movement worldwide is preparing the largest Hanukkah awareness campaign in history.

This year’s efforts will see Chabad erect some 15,000 large public menorahs around the world with an additional 6,500 menorah-topped cars hitting the streets. Chabad emissaries are distributing 64 million Hanukkah candles and 700,000 menorah kits to anyone in need; and handing out some 2.5 million holiday guides in 17 languages. With so many people isolating at home, this year Chabad will also be shipping or delivering an estimated 350,000 Hanukkah-at-home kits to young people, families and the elderly. At the same time, the Ambassadors of Light program enlists people of all ages around the world to share Hanukkah with those around them, providing them with everything they need to assist friends, family and co-workers to celebrate the Festival of Lights. All told, the campaign is expected to reach 8 million Jews in more than 100 countries. Continue Reading….