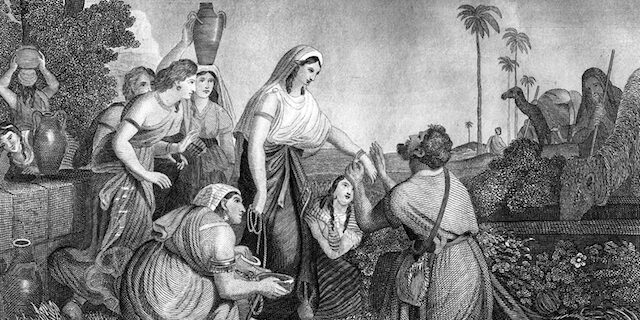 This parasha serves as a bookend to the life of Abraham and his story which spans 13 chapters of Genesis. Much of Abraham’s story centers around two covenants God makes with him, each one repeated five times. Five times God tells Abraham that one day Canaan, the promised land, will be his and five times God tells Abraham that he will make him a great and numerous nation. Symbolically, this passage concludes Abraham’s life with two events that made small strides towards each of God’s promises.

In chapter 23 of Genesis, Sarah dies and Abraham, still a stranger in the land that has been promised to him, needs a place to bury his dead. As a foreigner among them he knows he is not able to own land, but he asks the favor from his neighbors. Whether Ephron, the owner of the field and cave Abraham wanted, was really ready to freely give up his land or if it was a modest bargain practice, they granted him his wish, holding Abraham as the “elect of God” among them. A shining light in the midst of them, deserving of a burial site for his wife. This is the only piece of the promised land Abraham himself will ever own.

In the following chapter, Abraham, perhaps reminded of his mortality by Sarah’s death, tells a trusted servant to go back to his homeland to find a wife for Isaac. Abraham wants to know that God’s promise is still alive before he dies. Abraham’s servant delivers a prayer to God at the well during the climax of his mission asking for a sign. God answers his request and Rebekah’s kind heart and cheerful serving as she draws water for Abraham’s servant and his ten camels is a sign of her golden character which will comfort Isaac after his mother’s death.

The faith that Abraham’s servant had at the well as he prayed for help and the toil Abraham went through to secure a burial land for Sarah brought God’s promise a little closer. Although, the full realization of God’s covenant to Abraham will take much more time, labor, and effort. Throughout the Old Testament the Hebrew people are like a wave surging closer and then receding from the attainment of God’s promises as their faith waxes and wanes. As the late Rabbi Jonathan Sacks says, God’s covenant is a challenge to us and we must have faith to receive it.

In the New Testament God will give a new promise, sending His son to give eternal life to whoever would believe. Our promise of eternal life is true only when we have faith and pursue it. It is not a promise, but challenge to us to have faith and repent so that we can fulfill God’s offer.