Iran, the Palestinians, and the Future of U.S. Middle East Policy 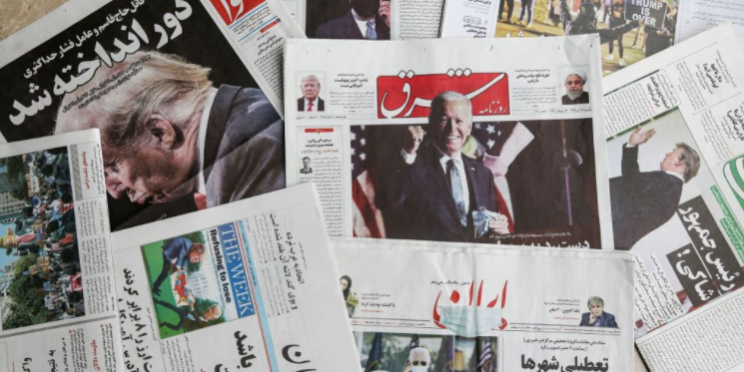 Most Americans are unaware that the nation of Iran has the United States in its crosshairs. They’re oblivious to the chilling truth that this trigger-happy Middle Eastern country considers us the “Great Satan” and wishes us harm.

Israel, however, is all too aware of this ongoing threat. They are forced to be hyper-vigilant, based on an exceptionally unpleasant history with Iran. In the 41 years since the 1979 Iranian Revolution, Iran’s Imams have threatened Israel—and the United States—with a long series of Shiite Muslim intimidations. The Imams view their role as clearing a path for Iran to rule the world once again, in a modern version of the ancient Persian Empire—which centuries ago encompassed the areas of modern-day Iran, Turkey, Egypt, and parts of Afghanistan and Pakistan. At its height, it ruled 44 percent of the world’s population—more than any other empire in history. Beginning in about 550 B.C., the ancient Persians conquered three continents with swords, horses, and chariots. Today, the ruling Imams and their Iranian Revolutionary Guard Corps (IRGC) want to revive Persian dominance with a religious Islamist caliphate (governance)—and include the menace of an Iranian nuke.

American administrations, whether Democratic or Republican, must remain alert to Iran since we don’t have to guess at Iran’s intentions. Supreme Leader Ayatollah Ali Khamenei always uses the annual Quds Day (Quds is Arabic for “Jerusalem”) at the end of Ramadan to defame Israel, Zionism, and the U.S. while stridently proclaiming his support for Palestinians. Here is part of Khamenei’s May 2020 speech.

“The virus of Zionism won’t last long and will be eliminated. It’s the worst human evil, it will be uprooted from the Middle East despite being supported by the United States … in the not-too-distant future.” Khamenei went on to say, “The cancerous tumor continuing this historical oppression for decades uses the most horrifying forms of murder, crime, destruction of farmlands, and genocide—this is indeed a new record in brutality and wickedness. The main agents and criminals behind this tragedy are the western governments and their satanic policies.” Khamenei and his Imams often refer to the U.S. as the “Big Satan” or “Great Satan” and Israel as the “Little Satan.”

Iran’s continuing quest for nuclear weapons has, in part, motivated some of the Arabian Gulf states to forge alliances with Israel in the Abraham Accords—which is a bulwark against Iran’s leaders who have not relented in their goals of dominance in that region and the world. Continue Reading….